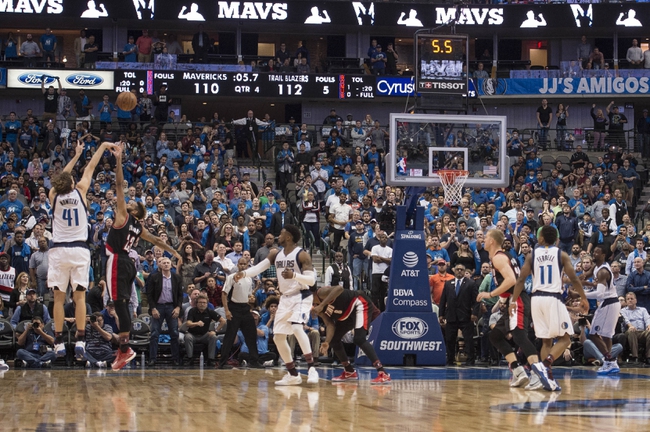 The Dallas Mavericks and Portland Trail Blazers meet Saturday in NBA action at the Moda Center.

The Dallas Mavericks not win many games, but they've covered five straight on the road and are 13-5 ATS this season when an underdog by less than eight points. The Portland Trail Blazers continue to play in close games and are actually being outscored by 2.2 points in their last five games. Portland is also outscoring teams by just 1.2 points at home this season, as this is a team that's had more consistent success on the road. The value is with the Mavericks and the free buckets, as they've been a covering machine in the underdog role this season.