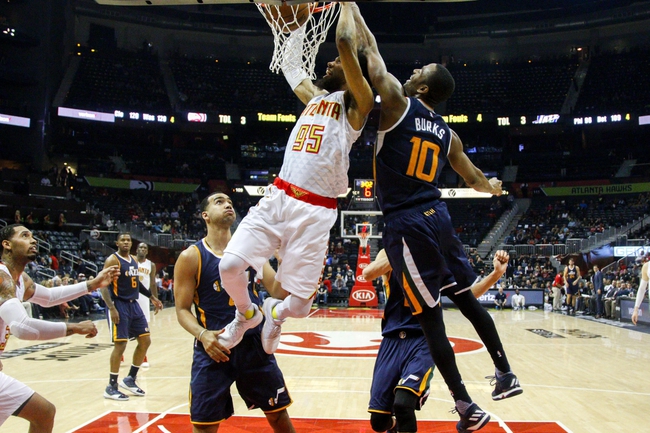 The Utah Jazz and Atlanta Hawks meet Monday in NBA action at the Philips Arena.

We have a team that can't win on the road in the Utah Jazz and a team that struggles to win anywhere in the Atlanta Hawks but has had recent success at home. With that said, the Jazz are about as healthy as they've been all season, and they're going to be much improved at both ends now that Rudy Gobert is back in the lineup. The Jazz also know they have to win games like this to gain ground if they have any hopes of getting back into the playoff race. The Jazz are shooting over 47 percent from the field in their last five games, and the Hawks are still being outscored by 2.5 points at home this season. Give me the better team and small number.