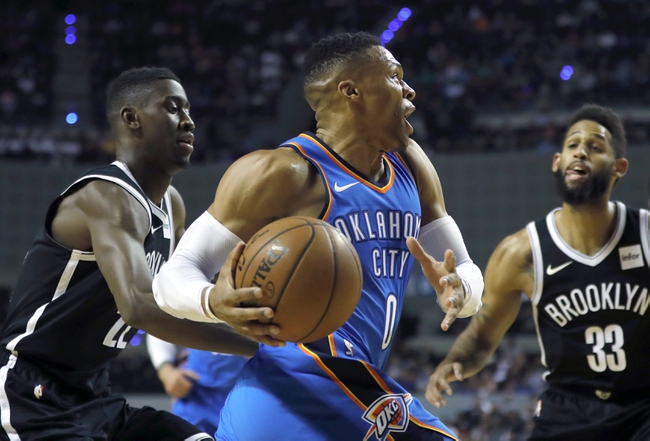 The Oklahoma City Thunder are finally putting things together and look like the team that could do damage come playoff time, as the offense has picked up and the defense is more consistent. However, the Brooklyn Nets continue to be a gold mine for bettors, as they're 29-18 ATS this season and 15-7 ATS on the road. The Nets are also 9-1-1 ATS in their last 11 games as an underdog, and they've won outright three of those last five games. I'm just not sure how you turn down points with a team like this.