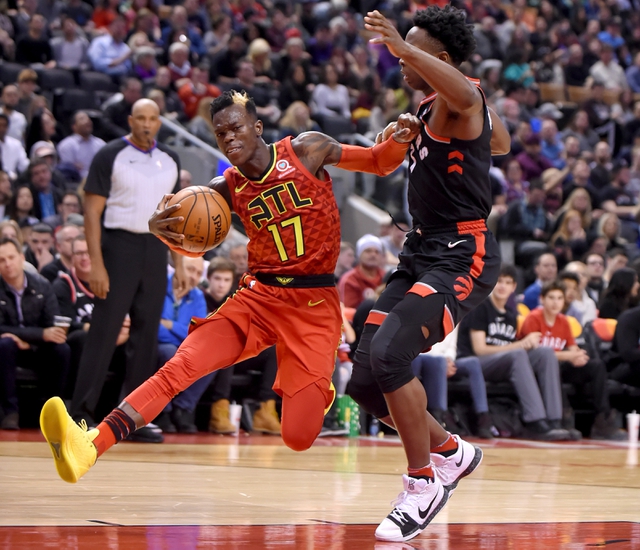 The Toronto Raptors and the Atlanta Hawks duke it out at the Philips Arena on Wednesday night.

The Toronto Raptors have split their last six games and they will be hoping to bounce back after falling to the Timberwolves in a 115-109 road loss on Saturday. Kyle Lowry broke out of a minor shooting slump with 40 points on 14 of 25 shooting, DeMar DeRozan added 20 points with five assists while Serge Ibaka chipped in with 13 points. As a team, the Raptors shot 47 percent from the field and 12 of 33 from the three-point line as they took an eight-point lead going into halftime before the Timberwolves outscored them by 61-47 in the second half despite missing key players in Jimmy Butler and Jamal Crawford. With the disappointing loss, Toronto dropped to 31-14 overall and 14-11 on the road where they’ve now lost two in a row.

Meanwhile, the Atlanta Hawks have been playing some of their best basketball of the season as they’ve won four of their last six games and they will be looking to stay hot after taking down the Jazz in a 104-90 win on Monday. Dennis Schroder led the team with 20 points on seven of 18 shooting, Taurean Prince added 17 points while Kent Bazemore and Marco Belinelli each scored 11 points. As a team, the Hawks shot 48 percent from the field and 12 of 26 from the three-point line as they dominated the second half of the game by 62-49 to run away with the win and improve to 14-32 overall and 10-13 at home.

These two teams last met on Dec 29 and it was the Raptors who enjoyed a 111-98 victory behind 25 points from DeRozan. However, the Raptors are in a bit of a funk as they’re struggling for consistency while the Hawks have suddenly struck a rich vein of form as they’ve collected wins over the Spurs and the Pelicans in recent outings. I like the Raptors to get the win at home but I’m taking the Hawks with the points as they’re playing well enough to keep this one competitive.