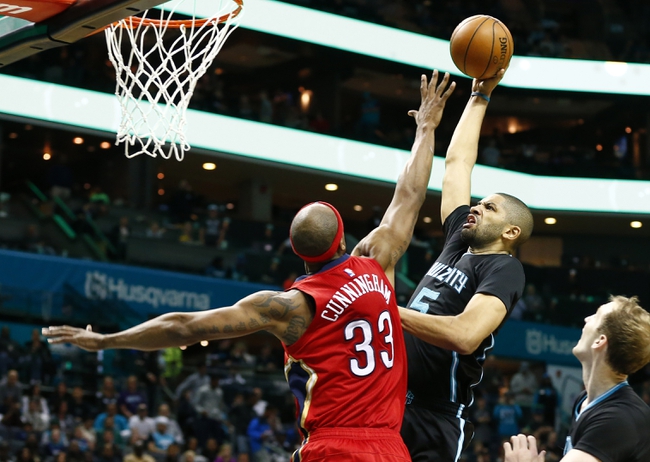 The Charlotte Hornets play host to the New Orleans Pelicans at the Spectrum Center on Wednesday night.

The New Orleans Pelicans have been in great form as they’ve won seven of their past 10 games and they will be gunning for a third straight victory after outlasting the Bulls in a thrilling 132-128 double overtime win on Monday. DeMarcus Cousins led the team with a historic triple-double of 44 points with 24 rebounds and 10 assists, Anthony Davis added 34 points on 14 of 23 shooting while E’Twaun Moore chipped in with 15 points. As a team, the Pelicans shot just 41 percent from the field and 16 of 44 from the three-point line but they leaned heavily on Cousins as they rallied back from a 17-point deficit with just 5:06 left in the fourth quarter. With the dramatic win, New Orleans improved to 25-21 overall and 13-9 at home.

Meanwhile, the Charlotte Hornets have won six of their last nine games and they will be looking to build on Monday’s 112-107 home win over the Kings. Kemba Walker led the team with 26 points and nine assists but shot just six of 20 from the field, Jeremy Lamb added 18 points off the bench while Dwight Howard finished with a double-double of 14 points with 16 rebounds and six blocks. As a team, the Hornets shot 44 percent from the field and 16 of 40 from the three-point line as they dominated the slumping Kings to lead by 17 points after three quarters before pulling their starters in the fourth. With the win, Charlotte improved to 19-26 overall and 13-13 at home where they’ve split their last eight games.

These two teams have yet to meet this season, but both teams have been in winning form so this figures to be a good contest. The Pelicans have covered in 18 of the last 26 meetings and the Hornets have covered in just four of their last 15 home games, so while I usually side with the home team in these coin flips, I think I’m going to stick with the Pelicans to stay hot after their big win on Monday.