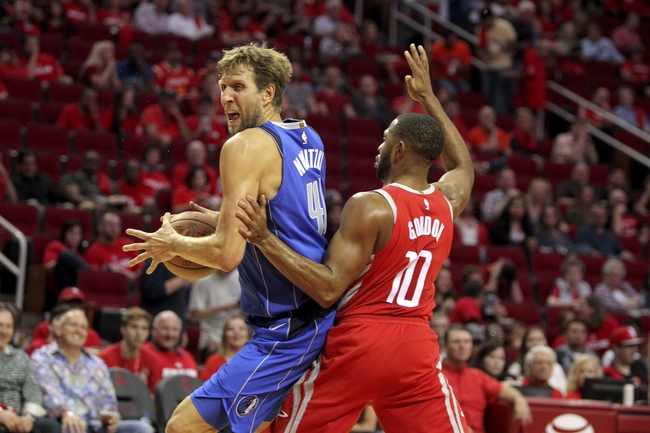 The Houston Rockets pay a visit to the American Airlines Center to take on the Dallas Mavericks on Wednesday.

The Houston Rockets have won six of their past seven games and they will be gunning for a fourth straight victory after taking down the Heat in a 99-90 home win on Monday. James Harden led the way with 28 points and five assists while shooting 10 of 26 from the field, Chris Paul and Eric Gordon scored 16 points apiece while Clint Capela chipped in with 14 points. As a team, the Rockets shot 44 percent from the field and 15 of 37 from the three-point line as they dominated the second half by 53-40 to come away with the win after trailing by as many as 14 points late in the first quarter. With the win, Houston improved to 33-12 overall and 18-6 at home where they have won four straight and five of their last six.

Meanwhile, the Dallas Mavericks have lost six of their past nine games but they were able to snap a three-game skid with an impressive 98-75 home win over the Wizards on Monday. Harrison Barnes led the team in scoring with 20 points and 10 rebounds, Dennis Smith Jr. added 17 points with six assists while Wesley Matthews and Yogi Ferrell each scored 14 points. As a team, the Mavericks shot 44 percent from the field and 10 of 31 from the three-point line but they won this game with defense as they held the Wizards to just 30 percent shooting for the game. With the much-needed win, Dallas improved to 16-31 overall and 10-15 at home where they have won two of their last three.

These two squads haven’t met each other since Oct 21 and it was the Rockets who won that meeting by 107-91 behind 29 points from Harden. It’s hard to imagine anything but a similar result as the Rockets have been on a tear lately, but the Mavericks looked great against the Wizards on Monday and they betting trends suggest that they usually do well against teams with winning records. I’m not going to overthink it so I’m going with the better team in better form and that’s definitely the Rockets in this one.