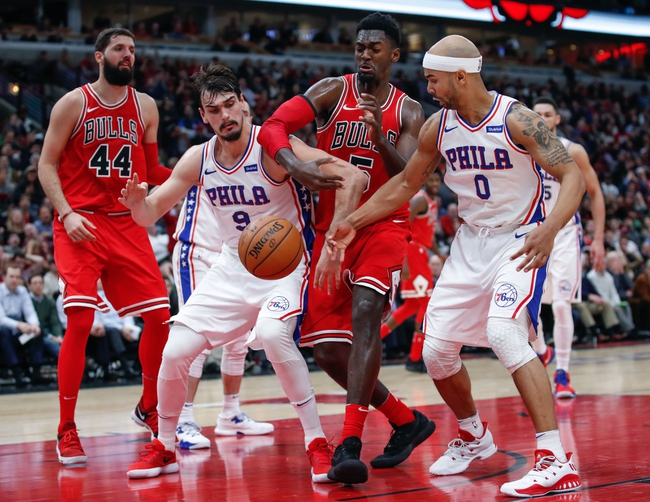 The Chicago Bulls and Philadelphia 76ers meet Wednesday in NBA action at the Wells Fargo Center.

The Chicago Bulls have been a covering machine this season, especially since they've gotten healthy, but the Bulls are also being outscored by 8.1 points on the road this season. The Philadelphia 76ers have been one of the hotter teams in the league the last couple of weeks and are outscoring teams by 4.4 points in their last five games. The 76ers are 9-6 ATS this season when a favorite by less than six points. I'll eat the reasonable chalk with the home team.