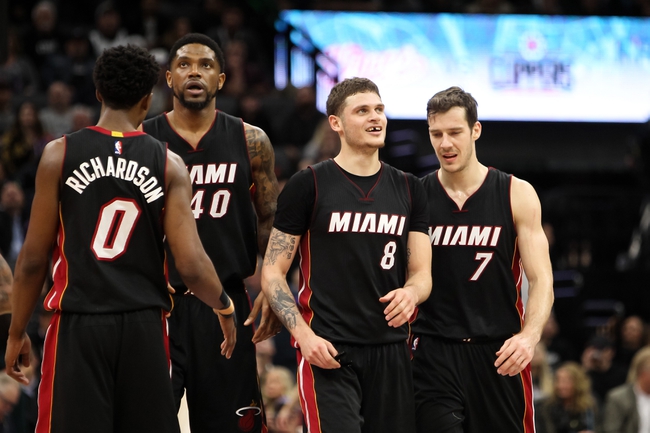 The Sacramento Kings pay a visit to the American Airlines Arena to battle the Miami Heat on Thursday.

The Sacramento Kings have lost 11 of their past 13 games but they will be breathing a little sigh of relief after snapping an eight-game skid with a 105-99 road loss on Tuesday. Garrett Temple exploded for 34 points on 14 of 17 shooting, Willie Cauley-Stein added 21 points while Buddy Hield chipped in with 13 points. As a team, the Kings shot 49 percent from the field and eight of 26 from the three-point line but they really left it late as they rallied behind Temple who scored nine points in the final 3:24. The Kings would go on the close the game on an 11-2 run to come away with the win and improve to 14-33 overall and 7-19 on the road.

Meanwhile, the Miami Heat have cooled off a little since their seven-game win streak as they’ve now lost three of their last five following their 99-90 loss at Houston. Hassan Whiteside led the way with 22 points and 13 rebounds, Wayne Ellington added 13 points while Josh Richardson chipped in with 12 points. As a team, the Heat shot 47 percent from the field but just seven of 30 from the three-point line as they struggled mightily after the first quarter where they poured in 33 points. Goran Dragic sat out with a left knee contusion but is listed as probable for Thursday.

The Kings have been struggling mightily all season, but they will be buoyed by their nice comeback win on Tuesday. However, the betting trends are heavily in favor of the Heat in this matchup  as they've covered in 21 of the last 27 meetings and I have to say I think those trends will continue in this one, especially with Dragic returning to the starting lineup.