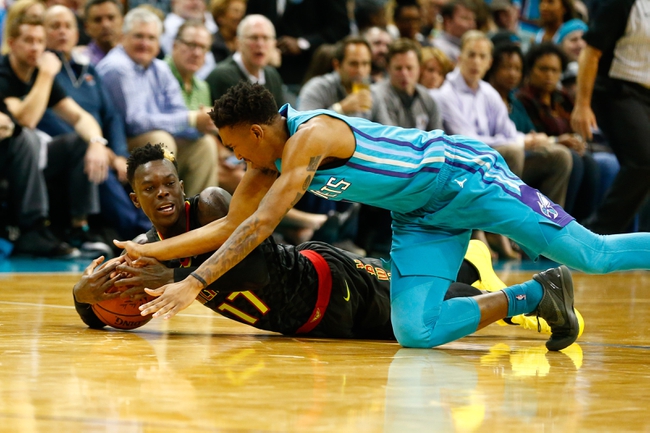 The Atlanta Hawks and the Charlotte Hornets duke it out at the Spectrum Center on Friday night.

The Atlanta Hawks have been in great form as they’ve won four of their last seven games but they will be looking to bounce back after falling to the Raptors in a 108-93 home loss on Wednesday. Dennis Schroder led the team with 20 points while Kent Bazemore and John Collins scored 13 points each, but no other Hawks player finished in double figures. As a team, the Hawks shot 39 percent from the field and seven of 21 from the three-point line but they were always fighting an uphill battle after falling behind by 58-40 going into halftime. With the loss, Atlanta dropped to 14-33 overall and 10-14 at home where they have won six of their past nine.

Meanwhile, the Charlotte Hornets have won six of their past 10 games but they will be hoping to bounce back after falling to the Pelicans in a 101-96 loss on Wednesday night. Dwight Howard led the team with 22 points and 16 rebounds, Kemba Walker added 20 points with seven assists while Frank Kaminsky chipped in with 16 points off the bench. As a team, the Hornets shot 42 percent from the field and six of 21 from the three-point line but with the game tied with 3:07 on the clock, it was the Pelicans who closed the game on a 9-4 run behind six points from Jrue Holiday. With the loss, Charlotte dropped to 19-27 overall and 13-14 at home.

The Hornets have been in decent form and they’re deserved favorites in this matchup as they’ve covered in six of the last seven meetings in Charlotte. However, the Hawks deserve a bit of credit for how well they’ve been playing lately as they’ve won four of their last seven and I wouldn’t be too surprised if they were able to pull off the upset in this one. With that being said, the betting trends suggest that the Hornets have owned this matchup in recent seasons and I think those trends will continue in this one.