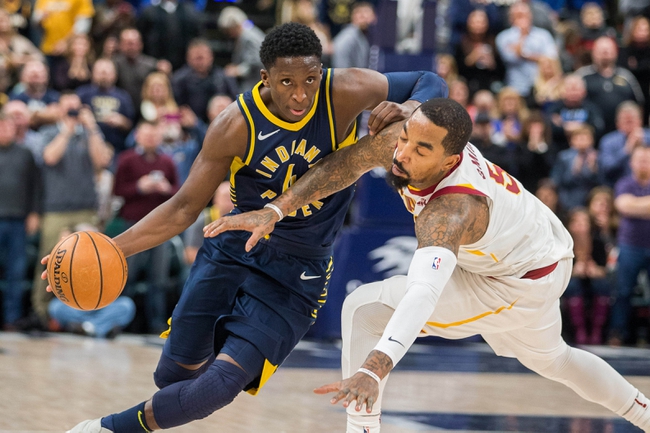 The Cleveland Cavaliers play host to the Indiana Pacers at the Quicken Loans Arena on Friday night.

The Indiana Pacers have won seven of their past 10 games and they will be gunning for a third straight victory after blowing past the Suns in a 116-101 home win on Wednesday. Thaddeus Young led the team with 22 points on 10 of 13 shooting, Victor Oladipo added 21 points with nine assists while Domantas Sabonis chipped in with 19 pints. As a team, the Pacers shot a sizzling 56 percent from the field and nine of 24 from the three-point line as they never looked in danger after dominating the first half by 63-44. Myles Turner has missed the last eight games due to an elbow injury but he was a full participant in Thursday’s practice and is considered questionable for Friday.

Meanwhile, the Cleveland Cavaliers have been in a world of hurt as they’ve lost six of their past seven games and they will be hoping to avoid a third straight defeat after falling to the Spurs in a 114-102 road loss on Tuesday. LeBron James racked up 28 points with nine rebounds and seven assists, Isaiah Thomas added 14 points while Jae Crowder chipped in with 13 points. As a team, the Cavaliers shot 48 percent from the field and six of 21 from the three-point line but they were always playing from behind after getting ambushed in the second quarter where they were outscored by 38-26 against the shorthanded Spurs who were without key players in Kawhi Leonard and Manu Ginobili. With the loss, Cleveland dropped to 27-19 overall and 11-13 on the road where they have lost five straight and nine of their last 10.

No team in the league needs a feel-good win more than the Cavaliers, but they’ve been just so hard to back as they keep losing to teams they should be beating by double digits. Meanwhile, the Pacers have been playing some of the best basketball of the season and they will likely be bolstered by the return of their rim protector in Turner. With that being said, the Pacers have covered in 13 of the last 18 meetings against the Cavaliers and I think that trend continues in this one.