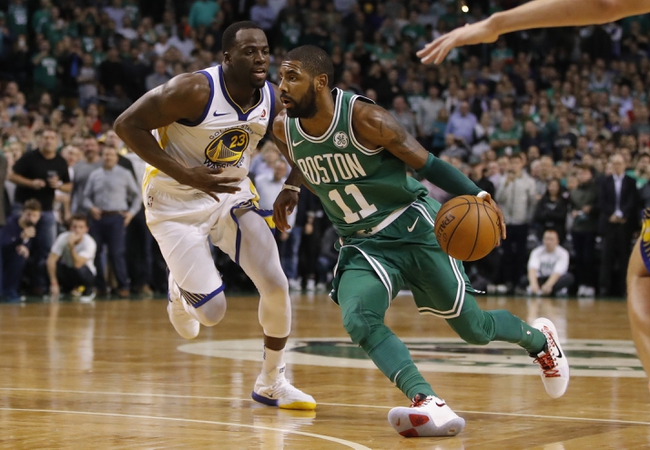 The Golden State Warriors play host to the Boston Celtics at the Oracle Arena on Saturday night.

The Boston Celtics have been in a bit of a slump lately, but they will be breathing a little sigh of relief after snapping a four-game skid with a 113-102 road win on Wednesday. Kyrie Irving led the team with 20 points and seven assists, Jayson Tatum chipped in with 18 points while Marcus Morris and Terry Rozier chipped in with 15 points apiece. As a team, the Celtics shot 42 percent from the field and 14 of 40 from the three-point line but they were great on the defensive end as they forced the Clippers into 19 turnovers. With the win, Boston improved to 35-14 overall and 17-6 on the road where they have won three of their last four. Al Horford sat out the game for precautionary concussion reasons but he went through a full practice and has been cleared for Saturday.

Meanwhile, the Golden State Warriors have won 11 of their last 13 games and they will be gunning for a third straight victory after taking down the Timberwolves in a 126-113 home win on Thursday. Kevin Durant led the team with 28 points, 10 rebounds and 11 assists, Stephen Curry added 25 points with nine assists while Klay Thompson drained seven treys en route to 25 points. As a team, the Warriors shot 54 percent from the field and a sizzling 21 of 37 from the three-point line as they cruised to victory after pouring in 74 points in the first half. With the win, Golden State improved to 39-10 overall and 18-6 at home where they have won five of their last six.

These two teams last met on Nov 16 and it was the Celtics who won by 92-88 so you know the Warriors will be seeking revenge in this one. Both teams have been in great form so I’m expecting a close one here, so while I have the Warriors coming out on top with the win, I think the value is definitely with the Celtics and the points, especially with the return of Horford to the starting lineup.