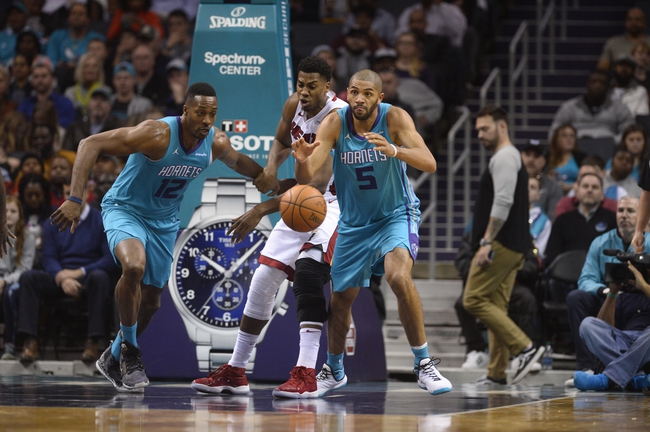 The Charlotte Hornets and Miami Heat meet Saturday in NBA action at the American Airlines Arena.

Right when it looked like the Miami Heat were ready to turn the corner and compete for a top seed in the East, they pile up some really bad losses. The Charlotte Hornets have found ways to win games this month they usually wouldn't and are looking like an offensive machine doing it. With that said, the Heat have won five straight against the Hornets and seven of the last nine. The Hornets are also on the end of a back to back, something that usually doesn't bode well against a wel conditioned and defensive minded Miami team. I'll eat the reasonable number here.