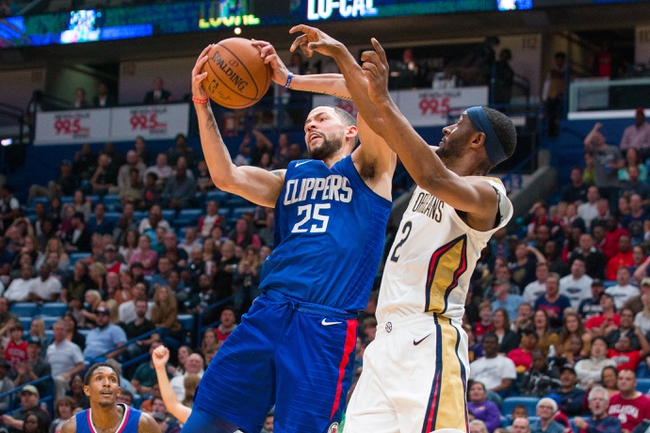 The Los Angeles Clippers and the New Orleans Pelicans do battle at the Smoothie King Center on Sunday night.

The Los Angeles Clippers have won seven of their past 10 games and they will be feeling pretty good after snapping a three-game skid with a 109-100 win at Memphis on Friday. Lou Williams poured in 40 points on 12 of 19 shooting to go along with 10 assists, Milos Teodosic added 18 points while DeAndre Jordan chipped in with 15 points. As a team, the Clippers shot 49 percent from the field and 10 of 27 from the three-point line but there’s no denying that they relied heavily on Williams who continues to dazzle despite being snubbed from the All-Star game. With the win, Los Angeles improved to 24-24 overall and 10-13 on the road where they have actually won four of their last five.

Meanwhile, the New Orleans Pelicans have been on a tear as they’ve won seven of their last eight games and they will be gunning for a fifth straight victory after sneaking past the Rockets in a 115-113 home win on Friday. Anthony Davis led the team in scoring with 27 points, Jrue Holiday added 21 points with seven assists while Darius Miller chipped in with 20 points off the bench. As a team, the Pelicans shot a healthy 53 percent from the field and 11 of 27 from the three-point line as they escaped with the narrow win, but it was certainly a bittersweet victory as they lost DeMarcus Cousins to a season-ending Achilles injury after he poured in yet another triple-double of 15 points with 13 rebounds and 11 assists. With the impressive win, New Orleans improved to 27-24 overall and 14-9 at home.

The Pelicans were really building towards something special but now they’ll have to learn to win without Cousins who is out for the season with an Achilles injury. The Clippers have been in solid form themselves with Williams still lighting up the scoreboards, but the betting trends are heavily in favor of the Pelicans who have covered in 17 of 22 meetings when playing the Clippers at home. This game is basically a coin flip, but I’m sticking with the Pelicans to come out firing in their first game without Cousins.