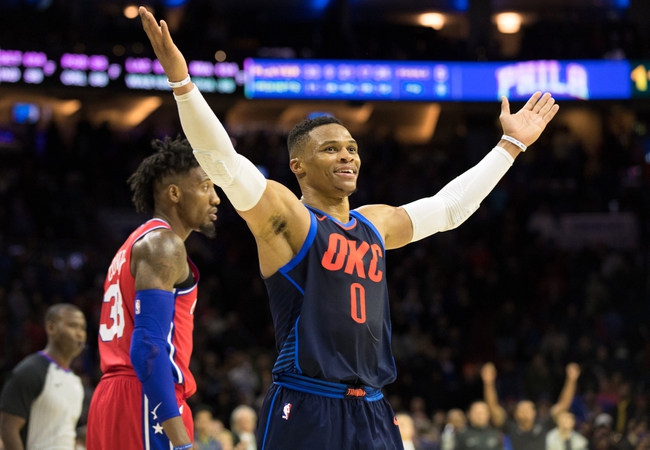 It's been several years since the Philadelphia 76ers have won a game against the OKC Thunder, and while Philly has been playing consistent ball and did take the Thunder to overtime in the last meeting, Oklahoma City is playing its best ball of the season right now. In fact, the Thunder are outscoring teams by 13 points in their last five games and shooting nearly 49 percent from the field. I like the way the 76ers are playing, and they've thrived this season as small underdogs, but I can't step in front of the Thunder right now. I'll eat the bucket with the home team here.