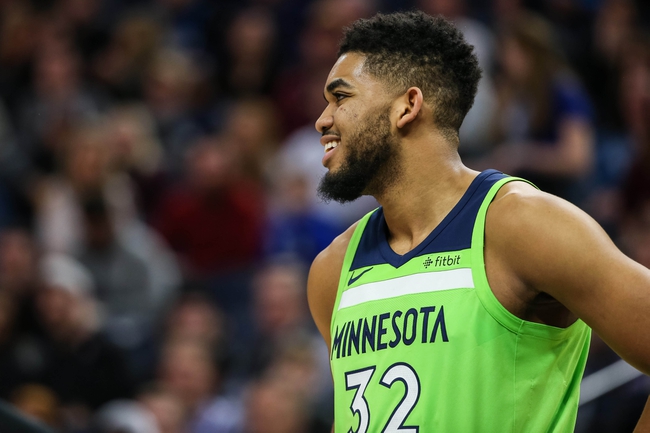 The Minnesota Timberwolves and the Atlanta Hawks do battle at the Philips Arena on Monday night.

The Minnesota Timberwolves have lost four of their last seven games but they will be feeling pretty good after snapping a two-game skid with an easy 111-97 home win over the Nets on Saturday. Andrew Wiggins scored 21 points on nine of 20 shooting, Jimmy Butler returned from a four-game absence to score 21 points, while Karl-Anthony Towns racked up a nice double-double of 16 points with 19 rebounds. As a team, the Timberwolves shot 44 percent from the field and a miserable four of 21 from the three-point line but they were never really threatened after going on a decisive 29-3 run through the first and second quarter. With the easy win, Minnesota improved to 32-20 overall and 20-6 at home where they are currently enjoying a 10-game win streak.

Meanwhile, the Atlanta Hawks have lost four of their last five games and they will be hoping to snap a three-game skid after getting blown out by the Wizards in a 129-104 home loss on Saturday. Taurean Prince, Dewayne Dedmon and Tyler Dorsey each scored 14 points while Ersan Ilyasova chipped in with 12 points. As a team, the Hawks shot just 42 percent from the field and their defense was horrible as they allowed the Wizards to shot 57 percent from the field and 18 of 32 from the three-point line, all without their leading scorer in John Wall. With the loss, Atlanta dropped to 14-35 overall and 10-15 at home where they have lost three of their last four.

The Timberwolves continue to struggle on the road where they’ve lost six of their last seven, but they’re up against a Hawks team who have lost three of their last four at home. These two teams have yet to meet this season, so while the Hawks have covered in 15 of their last 20 games following a loss, I’d rather go with the much more talented Timberwolves who have won and covered in each of the last four meetings against the Hawks.