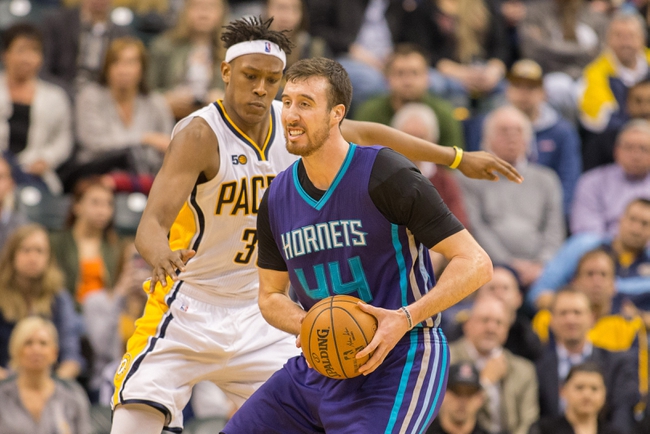 The Charlotte Hornets and the Indiana Pacers duke it out at Bankers Life Fieldhouse on Monday night.

The Charlotte Hornets have won seven of their past 12 games but they will be aiming to bounce back after falling to the Heat in a 95-91 road loss on Saturday. Kemba Walker led the way with 30 points on eight of 22 shooting while Dwight Howard finished with a double-double of 20 points and 16 rebounds, but no other Hornets player scored more than eight points. As a team, the Hornets shot a miserable 34 percent from the field and five of 24 from the three-point line as they dominated the third quarter by 30-17 to build a 15-point lead, only to see the Heat run it down in the fourth quarter where the Hornets were outscored by 24-13. With the loss, Charlotte dropped to 20-28 overall and 6-14 on the road where they will play six of their next seven games.

Meanwhile, the Indiana Pacers have been in fine form as they’ve won eight of their past 12 games and they will be looking to stay hot after sneaking past the Magic in a 114-112 home win on Saturday. Victor Oladipo led the way with 24 points and six assists, Lance Stephenson added a season-high 21 points off the bench while Thaddeus Young chipped in with 20 points. As a team, the Pacers shot a healthy 54 percent from the field but just five of 18 from the three-point line as they dominated the second half by 61-42 after allowing the Magic to pour on 70 points in the first half. The Pacers really did leave it late though as they trailed for most of the game until midway through the fourth quarter as they closed the game on a decisive 18-6 run. With the win, Indiana improved to 27-23 overall and 16-10 at home.

The Hornets will be eager to make amends after blowing a 15-point lead against the Heat on Saturday, but they’ve won just six of their first 20 road games and are up against a red-hot Pacers team who continue to find ways to win. We are past the halfway point of the season but these two had yet to cross paths, so while the Hornets have covered in nine of 13 meetings against the Pacers, the home team has covered in each of the last five meetings and that’s where I’m leaning in this one.