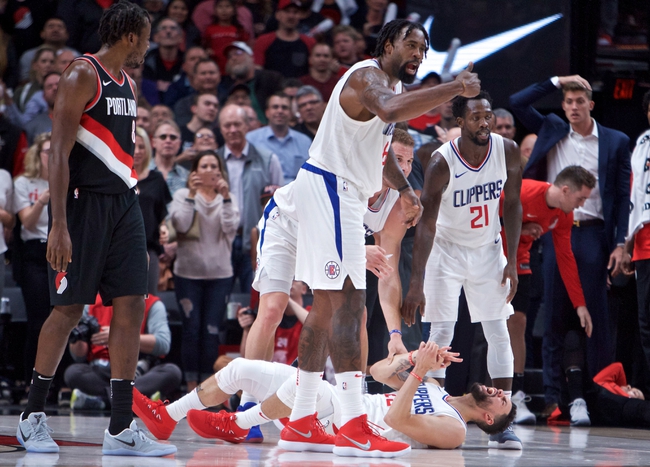 The Portland Trailblazers and the Los Angeles Clippers duke it out at the STAPLES Center on Tuesday night.

The Portland Trailblazers have taken full advantage of an easy stretch in their schedule as they’ve won five of their last six games and they will aiming for a third straight win after taking down the Mavericks in a 107-93 road win on Friday. Damian Lillard led the team with 29 points on nine of 18 shooting, CJ McCollum added 20 points with five assists while Ed Davis chipped in with a double-double of 15 points with 13 rebounds off the bench. As a team, the Trailblazers shot 49 percent from the field and 10 of 30 from the three-point line and they never trailed after dominating the second quarter by 35-19 to take an eight-point lead going into halftime. With the easy win, Portland improved to 27-22 overall and 13-12 on the road where they had lost four in a row before Friday’s win.

Meanwhile, the Los Angeles Clippers have won eight of their past 11 games and they will be aiming for a third straight win after taking down the Pelicans in a 112-103 road win on Sunday. Blake Griffin led the team with 27 points, 12 rebounds and seven assists, Lou Williams added 22 points and six assists off the bench while DeAndre Jordan chipped in with 12 points and 19 rebounds. As a team, the Clippers shot 47 percent from the field and nine of 28 from the three-point line in what was truly a game of two halves as they dominated the second half by 61-41 after trailing by 11 points at halftime. With the win, Los Angeles improved to 25-24 overall and 11-13 on the road but the big news is that the Clippers have just traded away Blake Griffin to the Pistons in exchange for Tobias Harris, Avery Bradley and a couple of picks.

The Clippers have been in great form lately, but that didn’t stop their management from trading away Griffin to the Pistons, so you should definitely expect some growing pains as the Clippers adapt to their new teammates. With that being said, the Trailblazers have been playing poorly on the road lately but this looks like a good a spot as any to steal a win while the Clippers sort themselves out. Give me the Trailblazers to come away with the minor upset in what should be a close one.