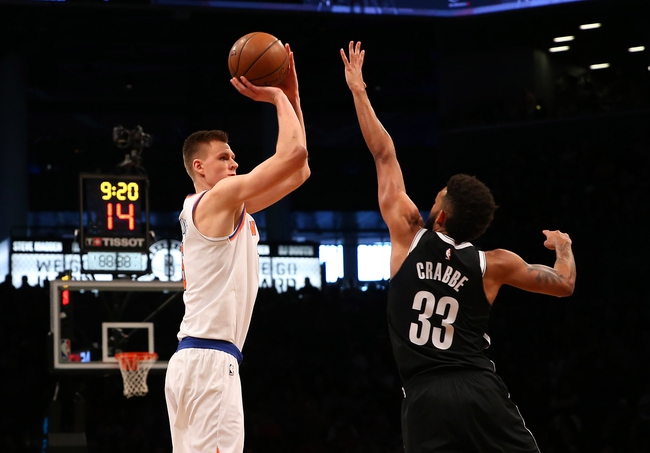 The Brooklyn Nets have lost nine of their last 12 games and they will be hoping to snap a three-game skid after falling to the Timberwolves in a 111-97 road loss on Saturday. Jahlil Okafor led the team with 21 points on nine of 14 shooting off the bench, Nik Stauskas added 15 points off the bench while DeMarre Carroll chipped in with 12 points. As a team, the Nets shot 46 percent from the field and nine of 30 from the three-point line but this game was a foregone conclusion before the end of the first half as the Nets started sluggishly and found themselves trailing by 37-11 early in the second quarter. With the loss, Brooklyn dropped to 18-32 overall and 8-17 on the road where they have lost four of their last five.

Meanwhile, the New York Knicks have lost seven of their past 10 games but they will be feeling a little better after snapping a three-game skid with an easy 107-85 win at Phoenix on Friday. Enes Kanter led the team with a double-double of 20 points with 10 rebounds, Kristaps Porzingis added 19 points while Trey Burke chipped in with 18 points in just 18 minutes off the bench. As a team, the Knicks shot 48 percent from the field and nine of 25 from the three-point line as they dominated the second half by 54-36 to pull away from the Suns in what was a chippy game. With the win, New York improved to 22-28 overall and 7-19 on the road where they have lost four of their last six.

These two squads have already faced off three times this season and it has been the Knicks who have been victorious on each occasion, including a 119-104 win back on Jan 15. The Nets will be eager to avoid the season sweep, especially after getting blown out of the water in their last game, but the Knicks have covered in six of their last eight against the Nets so I'm keeping it simple and going with the Knicks again.