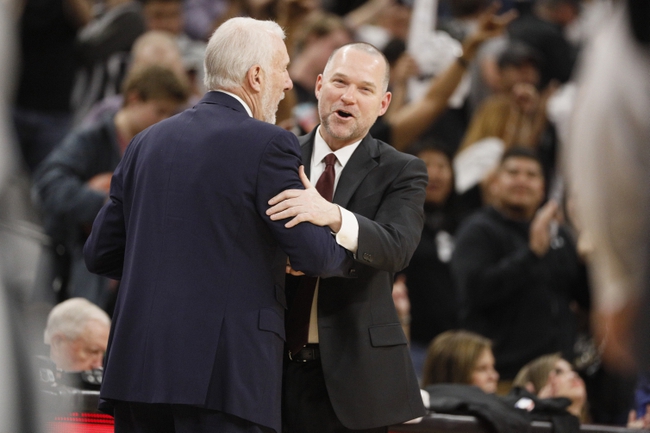 The Denver Nuggets and San Antonio Spurs meet Tuesday in NBA action at the AT&T Center.

The San Antonio Spurs have not been the team we're used to seeing and a lot of that has to do with injuries. However, the Nuggets are on the end of a back to back, and they're not the same team on the road as they are at home. The Nuggets are allowing 48.4 percent shooting and are getting outscored by 5.4 points on the road. The Spurs are outscoring teams by eight points at home this season and have covered seven of their last nine home games. I'll eat the reasonable chalk here.