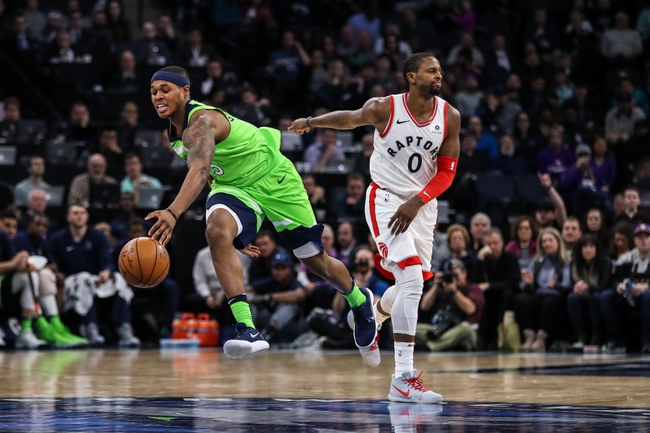 The Minnesota Timberwolves and Toronto Raptors meet Tuesday in NBA action at the Air Canada Centre.

The Minnesota Timberwolves have won three of the last five meetings against the Toronto Raptors, including a six point win just last week. The Raptors have been deadly at home this season where they're outscoring teams by 10.9 points, but they've played a lot of games recently close to the vest and have been struggling to string wins together overall the last couple of weeks. The Timberwolves are quickly proving to be one of the better teams in the league and are starting to become a squad I'm looking to back whenever an underdog. Give me the points here based on the value.