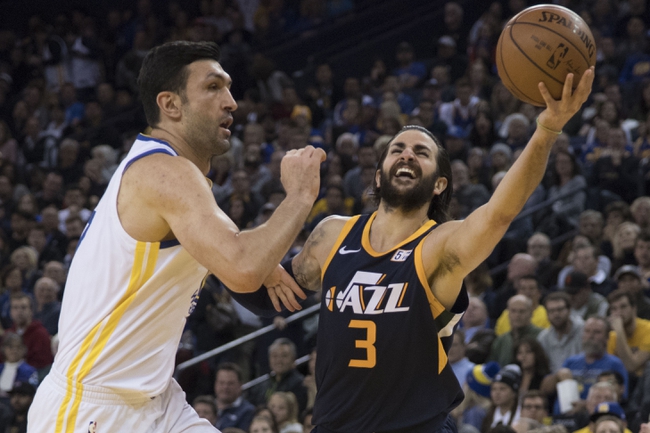 The Golden State Warriors travel to Salt Lake City to take on the Utah Jazz at the Vivint Smart Home Arena on Tuesday.

The Golden State Warriors have won 12 of their past 14 games and they will be gunning for a fourth straight victory after sneaking past the Celtics in a thrilling 109-105 home win on Saturday. Stephen Curry put on a show and drained eight treys on his way to a season-high 49 points on 16 of 24 shooting, Kevin Durant added 20 points while Draymond Green chipped in with 15 points, 11 rebounds and five assists. As a team, the Warriors shot 45 percent from the field and 10 of 27 from the three-point line but with the game tied at 95-95, it was Curry who poured on 13 points in the final 1:45 to carry his team over the line. With the win, Golden State improved to 40-10 overall and 19-6 at home where they have won three straight and five of their last six.

Meanwhile, the Utah Jazz have split their last eight games but they will be aiming for a third straight victory after sneaking past the Raptors in an impressive 97-93 road win on Friday. Donovan Mitchell led the team with 26 points on nine of 20 shooting, Rudy Gobert added 18 points with 15 rebounds and three assists while Ricky Rubio chipped in with 14 points and six assists. As a team, the Jazz shot just 41 percent from the field and 10 of 21 from the three-point line but they were great defensively as they held the Raptors to just 38 percent by limiting Kyle Lowry to just five point on two of 14 shooting. With the win, Utah improved to 21-28 overall and 7-19 on the road where they have now won two straight and three of their last four.

These two squads have met just once so far this season and it resulted in an easy 126-101 home win for the Warriors back on Dec 27. Gobert was still out with an injury at that time which obviously hurt the Jazz on the defensive end, so I’m expecting a much closer contest in this one. However, the road team has covered in five of the last six meetings and I like that trend to continue considering how well the Warriors have been playing lately, even though Curry is considered probable for this game with right shoulder soreness.