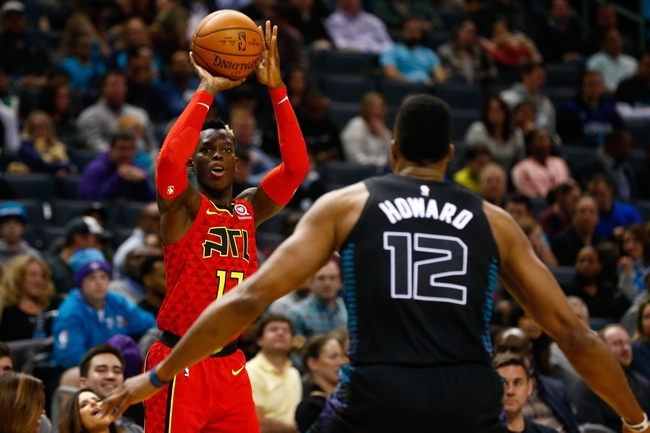 The Charlotte Hornets and the Atlanta Hawks collide at the Philips Arena on Wednesday night.

The Charlotte Hornets have split their last eight games and they will be hoping to avoid a third straight loss after falling to the Pacers in a 105-96 road loss on Monday. Kemba Walker led the team with 23 points and four assists while Dwight Howard and Nicolas Batum each scored 22 points but no other player scored more than eight points. As a team, the Hornets shot 44 percent from the field and nine of 31 from the three-point line as they battled for three closely contested quarters until the Pacers took over the in fourth quarter with a decisive 22-7 run to put the game out of reach. With the loss, Charlotte dropped to 20-29 overall and 6-15 on the road where they have lost their last two games.

Meanwhile, the Atlanta Hawks have also split their last eight games but they will be feeling pretty good after snapping a three-game skid with a 105-100 home win over the Timberwolves on Monday. Kent Bazemore led the team with 22 points on eight of 14 shooting, Dennis Schroder finished with a double-double of 18 points with 11 assists while Ersan Ilyasova and Dewayne Dedmon each scored 10 points. As a team, the Hawks shot 49 percent from the field and 13 of 34 from the three-point line as they showed plenty of fight to outlast the Timberwolves in a game that was deadlocked at 96-96 with 2:10 left in the game. With the much-needed win, Atlanta improved to 15-35 overall and 11-15 at home where they have won four of their last seven.

These two teams have already met twice this season and it was the Hornets who won on each occasion by double-digits. In fact, they last met on Friday in Charlotte where the Hornets won by 121-110 behind 29 points from Walker, so while the home team has covered in 12 of the last 15 meetings, the Hornets have covered in five of the last six meetings overall and I’m banking on that trend to continue in this meeting.