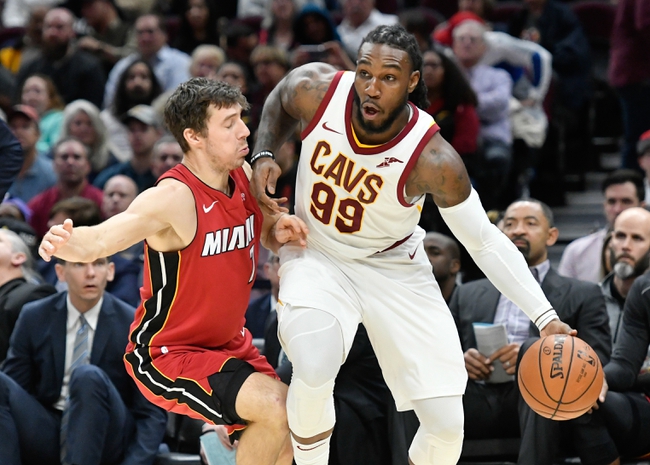 The Miami Heat and Cleveland Cavaliers meet Wednesday in NBA action at the Quicken Loans Arena.

I'm not sure how anybody can lay chalk with the Cleveland Cavaliers in their current situation. The Cavs are piling up losses left and right, can't get stops defensively and are an old team that's playing on the end of a back to back. If that weren't enough, Cleveland just lost Kevin Love for two months due to a broken hand. The sky is falling right now in Ohio. The Miami Heat head into this game playing some of their most consistent ball of the season and have motivation with that third seed within reach now. I'll take the free bucket with the team that probably should win outright.