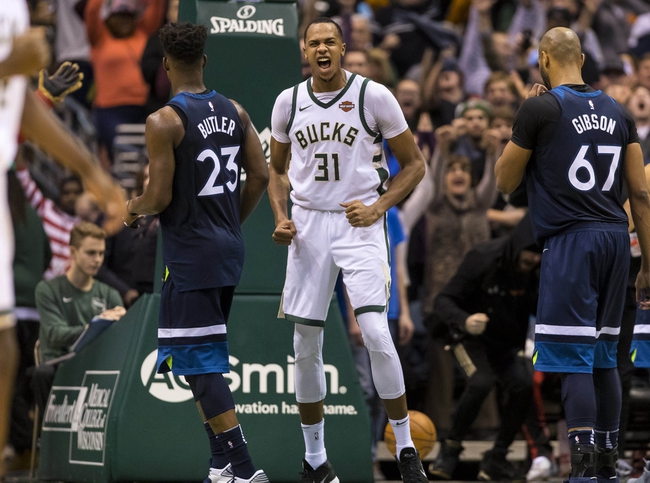 The Milwaukee Bucks and Minnesota Timberwolves meet Thursday in NBA action at the Target Arena.

The Minnesota Timberwolves aren't the same team on the road as they are at home where they're outscoring teams by seven points. Minnesota is a completely different team at home and hasn't lost there in about a month and a half. The Milwaukee Bucks continue to be hit or miss and are likely going to play this game without Eric Bledsoe. I'll take Minnesota and the reasonable line.