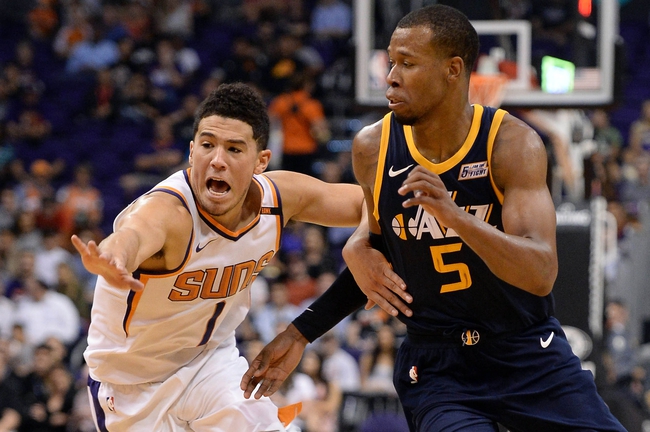 The Utah Jazz and the Phoenix Suns collide at the Talking Stick Resort Arena on Friday night.

The Utah Jazz have won five of their last seven games and they will be gunning for a fourth straight victory after blowing past the league-best Warriors in a 129-99 home win on Tuesday. Ricky Rubio steered the offense with a double-double of 23 points with 11 assists, Joe Ingles drained six three-pointers en route to 20 points while Donovan Mitchell added 20 points with four assists. As a team, the Jazz shot a sizzling 58 percent from the field and 14 of 28 from the three-point line while holding the Warriors to just five of 25 shooting from the three-point line and forcing them into 19 turnovers. The Jazz did an especially great job of limiting Stephen Curry to just 14 points on four of 13 shooting after he poured in 49 points in his previous game. With the win, Utah improved to 22-28 overall and 15-9 at home.

Meanwhile, the Phoenix Suns have lost eight of their past 10 games but they will be feeling pretty good after snapping an ugly five-game skid with a 102-88 home win over the Mavericks on Wednesday. Josh Jackson led the team with 21 points on nine of 14 shooting, TJ Warren added 20 points while Devin Booker chipped in with 15 points. As a team, the Suns shot 48 percent from the field and 11 of 30 from the three-point line as they ambushed the Mavericks and jumped out to an early 19-point lead in the first quarter and cruised to victory. With the much-needed win, Phoenix improved to 18-34 overall and 9-17 at home where they have lost four of their last five.

The Suns really were amazing in that first quarter against the Mavericks but they continue to fade in and out of games which really hurts their chances against the better teams in the league like the Jazz who will be beaming with confidence following their big win over the Warriors. The home team has covered in eight of the last 12 meetings but I’m going with the Jazz who are a team on the rise.