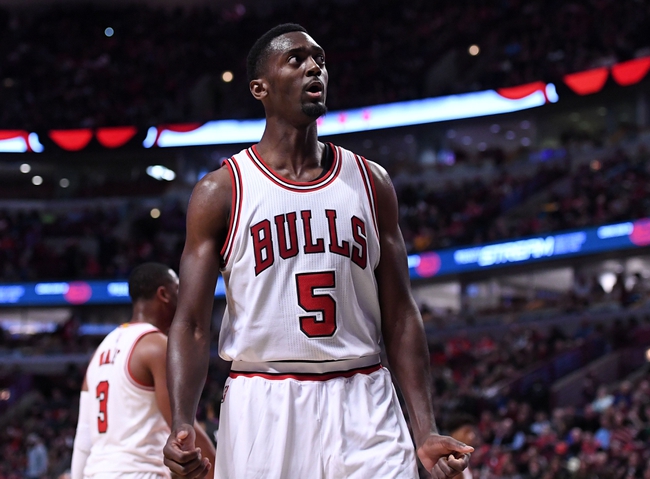 The Chicago Bulls and the Los Angeles Clippers duke it out at the STAPLES Center on Saturday afternoon.

The Chicago Bulls have been in a major slump as they’ve lost six of their last seven games and they will be hoping to snap a five-game skid after getting blown out by the Trailblazers in a 124-108 road loss on Wednesday. Zach LaVine led the team with 23 points on eight of 13 shooting, Danzel Valentine added 15 points while Jerami Grant chipped in with 11 points. As a team, the Bulls shot 41 percent from the field and 13 of 34 from the three-point line but this game was over in a heartbeat as the Trailblazers poured in 43 points in the first quarter. The Bulls just had no way of stopping CJ McCollum who poured in 50 points in just three quarters. With the loss, Chicago dropped to 18-33 overall and 7-19 on the road.

Meanwhile, the Los Angeles Clippers have lost four of their last six games and they will be hoping to bounce back after falling to the Trailblazers in a 104-96 home loss on Tuesday. Lou Williams led the team with 20 points and five assists off the bench but shot just five of 26 from the field, while Danilo Gallinari, Montrezl Harrell and Tyrone Wallace each scored 15 points. As a team, the Clippers shot just 41 percent from the field and six of 22 from the three-point line as they struggled to hang with the Trailblazers who took a 19-point lead after taking over in the third quarter. With the loss, Los Angeles dropped to 25-25 overall and 14-12 at home.

The Bulls just haven’t been able to buy a win lately and they’re coming fresh off a beatdown at the hands of the Trailblazers while having to deal with the trade of Nikola Mirotic and you could say the same for the Clippers who are clearly looking to rebuild now that Griffin is gone. The well-rested Clippers have covered in nine of their last 12 against teams with losing records and I expect that trend to continue tonight as the Bulls have been particularly bad on the road lately.