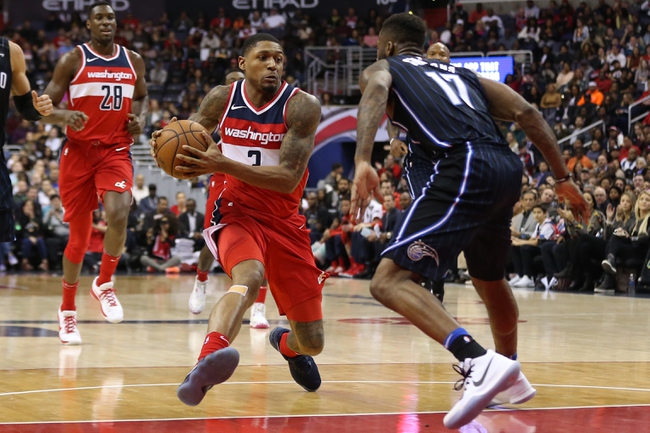 The Orlando Magic play host to the Washington Wizards at the Amway Center on Saturday night.

The Orlando Magic have lost four of their last six games but they will be feeling pretty good after snapping a three-game skid with a 127-105 win over the Lakers on Wednesday. Marreese Speights led the team with 21 points, Evan Fournier added 19 points with four assists while Elfrid Payton chipped in with 15 points and six assists as seven players finished in double figures. As a team, the Magic shot 54 percent from the field and a sizzling 18 of 32 from the three-point line as they blew the Lakers away with 43 points in the third quarter. With the win, Orlando improved to 15-35 overall and 9-13 at home.

Meanwhile, the Washington Wizards have been playing much better lately and they’re now aiming for a fourth straight victory after sneaking past the Raptors in a 122-119 home win on Thursday. Bradley Beal led the team with 27 points and six assists, Otto Porter Jr. added 16 points with 11 rebounds and six assists while Markieff Morris chipped in with 15 points. As a team, the Wizards shot 51 percent from the field and 10 of 30 from the three-point line but it was really about Beal who scored 25 of his 27 points in the second half. With the win, Washington improved to 29-22 overall and 17-9 at home where they have won four of their last five.

The Magic really did look like a different team against the Lakers as they just couldn’t miss from beyond the arc, but the Wizards are starting to really gel for the first time since the injury to John Wall. I’m tempted to take the Magic coming off such a big win, but that was against the Lakers which isn’t as impressive as the Wizards win over the Raptors. The road team has covered in six of the last seven meetings and I think that trend continues tonight as the Wizards win by single digits.