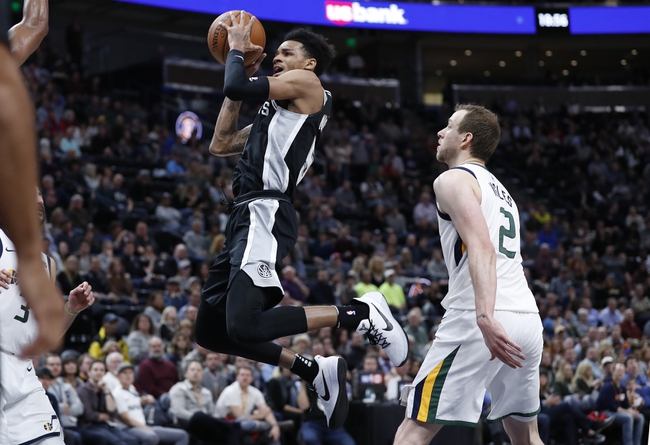 The Utah Jazz and San Antonio Spurs meet Saturday in NBA action at the AT&T Center.

The San Antonio Spurs still aren't playing well enough to be laying numbers like this, as the injuries to their roster make for hit or miss results. The Spurs are only outscoring teams by two points in their last five games and can struggle on defense. The Utah Jazz have caught fire this week both SU and ATS, and the back to back thing isn't that big of a deal considering they were able to rest after beating the hell out of the Suns. I'll take a shot with the points here based on the value.