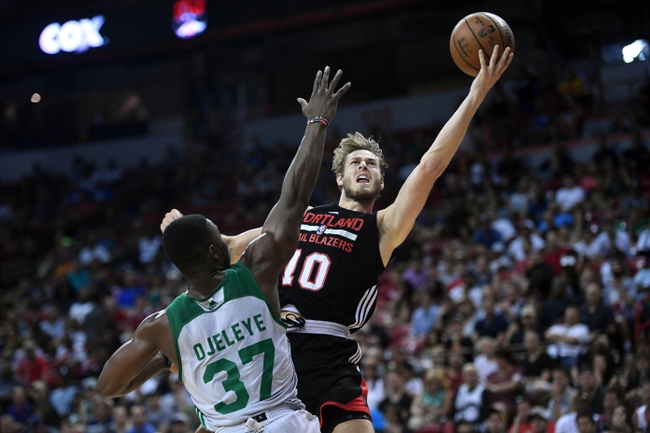 The Portland Trailblazers and the Boston Celtics duke it out at the TD Garden on Sunday afternoon.

The Portland Trailblazers have won seven of their last nine games but they will be looking to bounce back after getting embarrassed by the Raptors in a 130-105 road loss on Friday. Damian Lillard led the team with 32 points and 10 assists, CJ McCollum added 21 points while Jusuf Nurkic chipped in with 20 points on eight of 11 shooting. As a team, the Trailblazers shot 50 percent from the field and seven of 21 from the three-point line but they were always fighting a losing battle after falling behind by 26 points early in the second quarter. Fatigue was likely a factor as the Blazers were playing their third game in four nights. With the loss, Portland dropped to 29-23 overall and 14-13 on the road.

Meanwhile, the Boston Celtics have won four of their last five games and they will be looking to build on their current three-game win streak after taking down the Hawks in a 119-110 home win on Friday. Terry Rozier led the team with 31 points on 11 of 18 shooting, Jayson Tatum added 27 points while Jaylen Brown chipped in with 19 points. As a team, the Celtics shot a healthy 50 percent from the field and 11 of 24 from the three-point line but this win was really about the third quarter where they outscored the Hawks by 41-20. With the win, Boston improved to 38-15 overall and 20-8 at home.

Head to head, the road team is 6-2 ATS in the last eight meetings overall and the over is 4-1 in the last five meetings.

The Blazers were playing some of their best basketball of the season before their blowout loss to the Raptors, so they'd love to atone for that loss with a big road win here. However, the Celtics have been playing well lately and they will look to make it three straight wins with Rozier filling up the stat sheet again. The Celtics have covered in each of their last five games against a team with a winning record and I think that trend continues in this one.