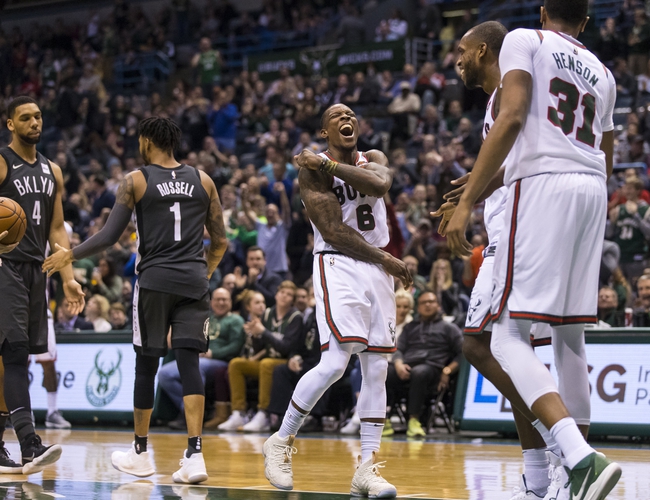 The Milwaukee Bucks and Brooklyn Nets meet Sunday in NBA action at the Barclays Center.

The Milwaukee Bucks are about as healthy as they've been all season and are starting to find their groove a bit with wins in five of their last six. The Brooklyn Nets are back in one of those funks where they can't finish games and are being outscored by 10 points in their last five games. The Bucks have also won each of the last nine meetings against the Nets. I have to side with the better and more consistent team and reasonable chalk.