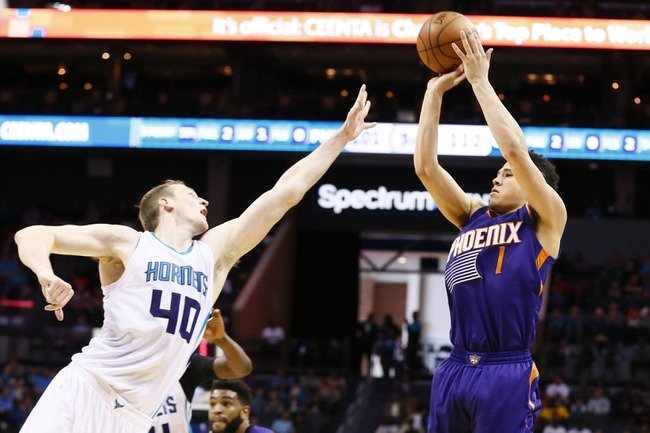 The Phoenix Suns play host to the Charlotte Hornets at the Talking Stick Resort Arena on Sunday night.

The Charlotte Hornets have won six of their last 10 games and they will be gunning for a third straight victory after sneaking past the Pacers in a 133-126 home win on Friday. Kemba Walker led the way with 41 points with nine assists, Nicolas Batum added 31 points on 11 of 18 shooting while Frank Kaminsky chipped in with 15 points and five assists. As a team, the Hornets shot 53 percent from the field and 15 of 33 from the three-point line as they held on to win after leading by as many as 18 points. It was really all about the first quarter for the Hornets as they set the tone with 49 points to gain the early advantage. With the win, Charlotte improved to 22-29 overall and 15-14 at home.

Meanwhile, the Phoenix Suns have lost nine of their last 11 games and they will still be nursing their wounds after getting thrashed by the Jazz in a 129-97 home loss on Friday. Josh Jackson led the team with 20 points, Devin Booker added 18 points with six assists while Dragan Bender and Tyler Ulis added 16 and 14 points respectively. As a team, the Suns shot 41 percent from the field and nine of 33 from the three-point line but they were always fighting a losing battle after falling behind by 62-40 going into halftime. With the loss, Phoenix dropped to 18-35 overall and 9-18 at home where they have lost four of their last five.

These two teams have yet to meet this season but the Hornets have been in decent form as they’re coming off a couple of nice wins while the Suns have really struggled and are coming into this fresh of a 32-point loss. The home team has covered in each of the last four meetings but the Hornets have covered in five of their last seven games against teams with losing records and I think that trend continues in this one.