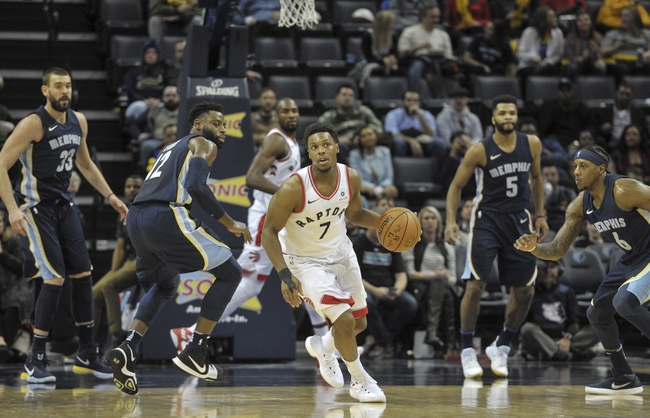 The Memphis Grizzlies and Toronto Raptors meet Sunday in NBA action at the Air Canada Centre.

This is a lot of points to lay in an early game where we tend to see sloppy play and tight contests. You don't see noon NBA games often. The Toronto Raptors have also played down to their comp a little bit recently and are allowing 107.8 points in their last five games, so the defense has slipped. Also, the Memphis Grizzlies are 7-2 ATS this season when an underdog by at least eight points. The Grizzlies don't win, but they still have a fighting spirit and compete. I'll take a stab with the points.