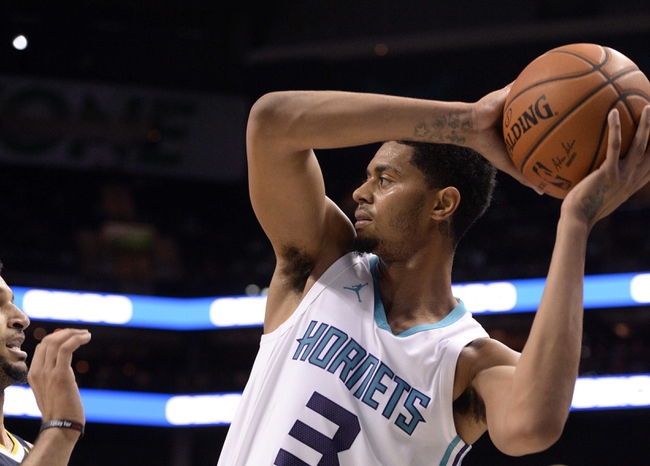 The Charlotte Hornets pay a visit to the Pepsi Center to take on the Denver Nuggets on Monday night.

The Charlotte Hornets have won seven of their past 11 games and they will be gunning for a fourth straight victory after taking down the Suns in a 115-110 road win last night. Nicolas Batum led the team with 22 points and five assists, Kemba Walker and Dwight Howard each scored 18 points while Jeremy Lamb chipped in with 15 points.  As a team, the Hornets shot 41 percent from the field and 10 of 38 from the three-point line as they leaned on their reserves who went on a decisive 20-2 run in the fourth quarter to help the team rally back from a 21-point deficit. With the win, Charlotte improve to 23-29 overall and 8-15 on the road where they’ve now won two in a row.

Meanwhile, the Denver Nuggets have been in great form as they’ve won five of their last seven games and they will be aiming for a third straight victory after taking down the Warriors in a 115-108 home win on Saturday. Will Barton led the team with 25 points on nine of 17 shooting, Nikola Jokic added 19 points with nine rebounds and five assists while Gary Harris and Jamal Murray scored 16 and 15 points respectively. As a team the Nuggets shot 43 percent from the field and 12 of 29 from the three-point line as they outscored the Warriors by 27-13 in the final 7:44 of the game to come out on top. With the unlikely win, Denver improved to 28-25 overall and 21-7 at home where they have won five of their last six.

The Hornets have been in fine form and they will take plenty of confidence from last night's big comeback win over the Suns, but now they're up against a Nuggets team who are coming fresh off wins over the Thunder and the Warriors. The Hornets have covered in seven of the last nine meetings but I'm going with the Nuggets who will want to keep things rolling after such an impressive win over the Warriors.