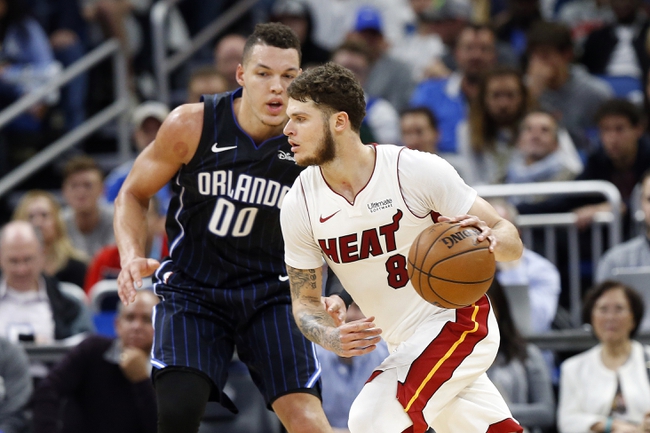 The Miami Heat play host to the Orlando Magic at the American Airlines Arena on Monday night.

The Orlando Magic have lost five of their last seven games and they will be hoping to bounce back after falling to the Wizards in a 115-98 home loss on Saturday. Jonathan Simmons and Mario Hezonja led the team with 15 points each, Elfrid Payton added 14 points with four assists while Evan Fournier chipped in with 11 points. As a team, the Magic shot 44 percent from the field and 10 of 32 from the three-point line but they just couldn’t keep up with the Wizards who were playing without their leader in John Wall. The Magic never looked threatening after falling behind by as many as 23 points in the third quarter. With the loss, Orlando dropped to 15-36 overall and 9-14 at home where they have lost five of their last seven.

Meanwhile, the Miami Heat have lost five of their last seven games and they will be hoping to snap a three-game skid after falling to the Pistons in a 111-107 road loss on Saturday. Goran Dragic led the team with 33 points and six assists on 13 of 23 shooting, Josh Richardon and Kelly Olynyk added 19 points each while James Johnson chipped in with 18 points and seven assists off the bench. As a team, the Heat shot 48 percent from the field and 14 of 36 from the three-point line but with the game tied at 101-101 with 2:56 left on the clock, it was the Pistons who would go on a decisive 7-0 run to finish on top. With the loss, Miami dropped to 29-24 overall and 16-14 on the road where they have lost three straight and four of their last five.

Head to head, the over is 7-2 in the last nine meetings and the underdog is 5-2 ATS in the last seven meetings.

The Magic just haven't been able to buy a win lately and they're coming into this game fresh off a blowout loss to the shorthanded Wizards. The Heat haven't been playing much better lately but they've covered in eight of their last 11 games following a loss and three of their last five overall. The Heat have already beaten the Magic two out of three times this season and I think they finish on top again as the Heat should be good enough to win this one comfortably.