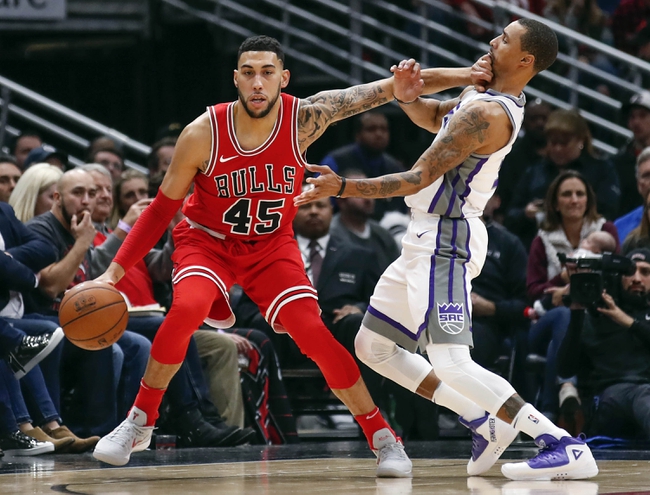 The Chicago Bulls and Sacramento Kings meet Monday in NBA action at the Golden 1 Center.

The Chicago Bulls are looking like the team that started the season, as they're being outscored by nearly 12 points in their last five games. The Sacramento Kings are playing some of their best ball of the season and are competing hard and finding some wins here and there. If the Kings can just get a few stops, they'll win, as the offense shows up. I'll lay the bucket with the home team.