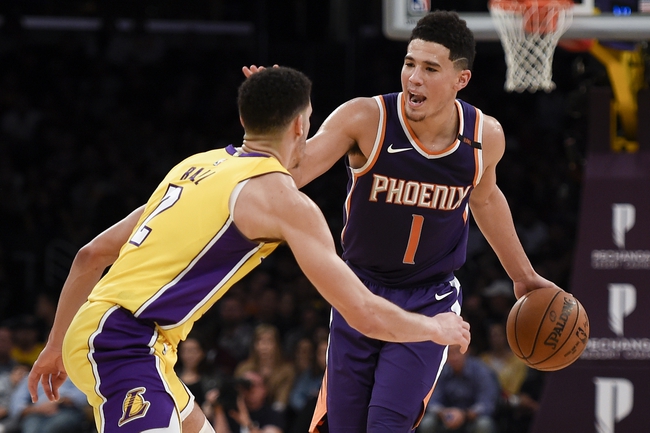 The Phoenix Suns invade the STAPLES Center to battle the Los Angeles Lakers on Tuesday.

The Phoenix Suns have lost seven of their past eight games and they will be hoping to avoid a third straight defeat after falling to the Hornets in a 115-110 home loss on Sunday. Josh Jackson led the team with 23 points on 10 of 14 shooting, TJ Warren added 21 points while Dragan Bender chipped in with 18 points on seven of nine shooting. As a team, the Suns shot 53 percent from the field and 15 of 29 from the three-point line but it still wasn’t enough to get over the line as they failed to get the win despite leading by as many as 21 points early in the fourth quarter. With the loss, Phoenix dropped to 18-36 overall and 9-19 at home where they have lost two straight and five of their last six.

Meanwhile, the Los Angeles Lakers have won six of their past eight games and they will be gunning for a third straight victory after sneaking past the Thunder in a 108-104 road win on Sunday. Brook Lopez led the team with 20 points and five assists, Julius Randle added 19 points while Jordan Clarkson chipped in with 18 points off the bench. As a team, the Lakers shot 48 percent from the field and 13 of 30 from the three-point line as they snapped an 11-game losing streak in Oklahoma City. With the narrow win, Los Angeles improved to 21-31 overall and 9-17 on the road where they have won two straight and three of their last five.

The Suns have been in a major slump and are coming off a terrible home loss where they blew a 21-point lead, while the Lakers have been in great form and are coming off a big road win over the red-hot Thunder. The road team has covered in each of the last four meetings and the Suns have won two of three meetings this season, but I’m sticking with the Lakers to stay hot with a win and cover at home against the struggling Suns.