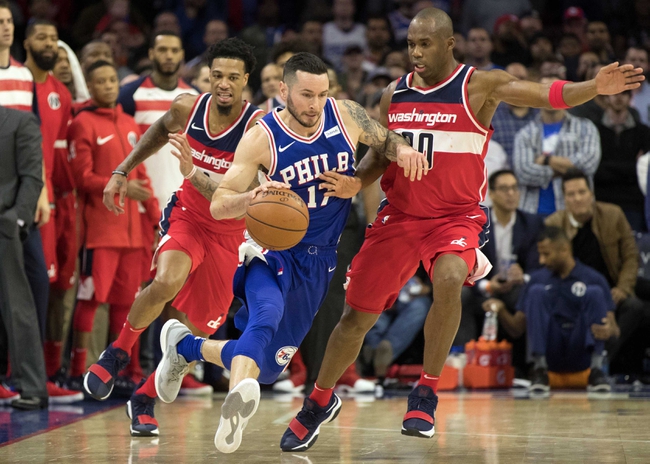 The Washington Wizards and Philadelphia 76ers meet Tuesday in NBA action at the Wells Fargo Center.

The Washington Wizards have somehow found ways to possibly play their best and most consistent ball of the season without John Wall. It makes the points worth a look here. However, you have to start questioning if Washington can keep this up, and the depth will be tested here with them on the end of a back to back. The Philadelphia 76ers are due for a breakout performance and are outscoring teams by five points at home this season. You also know there's going to be an insane crowd for this contest considering the Philadelphia Eagles just won the Super Bowl. There's a certain energy in the city right now and the 76ers should feed off that. I'm backing the home team and reasonable chalk.