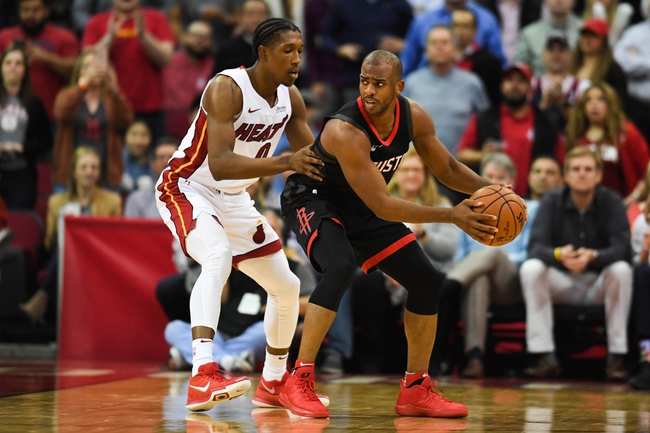 The Houston Rockets and Miami Heat meet Wednesday in NBA action at the American Airlines Arena.

The Miami Heat simply aren't playing good basketball right now, as they've lost four in a row, mostly to bad teams, and they're shooting just 43.8 percent from the field in their last five games. That's not going to get it done against the Houston Rockets and their elite offense. I don't care about the rest advantage the Heat have here. Not to mention the Heat are being outscored by 1.5 points at home this season. I'll take the Rockets and the reasonable chalk here, as backing the Heat in their current form is not an option.