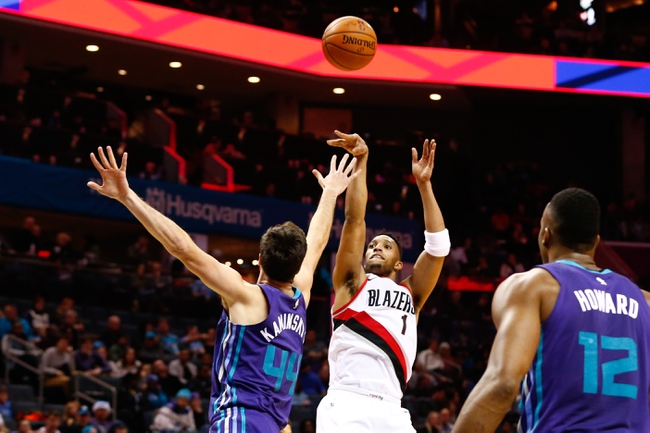 The Charlotte Hornets and Portland Trail Blazers meet Thursday in NBA action at the Moda Center.

Both of these teams are so hit or miss and you never know which team you're going to get any given night. But the Charlotte Hornets simply aren't a good basketball team and I've been saying it the last few years. The Hornets have an even point differential on the season and despite winning road games recently, they're stil allowing over 47 percent shooting on the road. The Portland Trail Blazers have caught fire at home recently and are a decent 12-8 ATS when favored by less than six points. Give me the Trail Blazers and the small number.