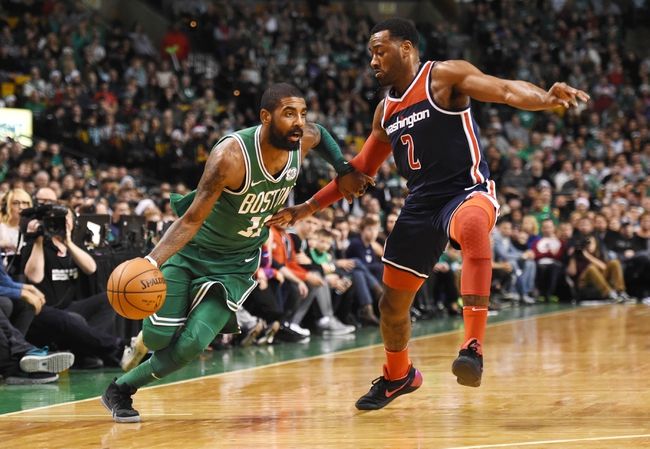 The Boston Celtics and the Washington Wizards duke it out at the Capital One Arena on Thursday night.

The Boston Celtics have been in fine form as they’ve won five of their last seven games but they will be looking to bounce back after having their four-game win streak snapped by the Raptors in a 111-91 road loss on Tuesday. Kyrie Irving made his return to the starting lineup but had just 18 points, Terry Rozier led the team with 18 points and four assists off the bench while Marcus Morris chipped in with 12 points. As a team, the Celtics shot just 40 percent from the field and 10 of 23 from the three-point line but they were always fighting a losing battle after getting blown out by 36-19 in the second quarter to fall behind by 21 points going into halftime. Al Horford finished with just two points on one of five shooting, but it was really about the team’s defense as no one could stop Kyle Lowry who drained six treys to give the Raptors the early spark. With the loss, Boston dropped to 39-16 overall and 18-8 on the road.

Meanwhile, the Washington Wizards have been in strong form themselves as they had won five straight before Tuesday’s 115-102 loss at Philadelphia. Bradley Beal led the team with 30 points and five assists, Otto Porter Jr. chipped in with 17 points while Ian Mahinmi chipped in with 13 points. As a team, the Wizards shot 44 percent from the field and seven of 27 from the three-point line but they were slow out of the gates and found themselves down by 37-20 after the first quarter against an energized Philadelphia team. The Wizards did go on a nice win streak without John Wall but the loss dropped them to 31-23 overall and 14-14 on the road.

The Celtics have been in great form but they will be eager to get back on the floor to atone for their poor showing against the Raptors in their last outing and you could say the same for the Wizards who had reeled off five straight wins before their big loss to the 76ers. The Celtics have covered in 20 of their last 29 home games and six of their last seven overall, but the home team has covered in 10 of the last 12 meetings. I usually side with the home team in these pick ‘em games, but the Celtics are finally back to full strength so I’m taking them to finish with the win and cover here.