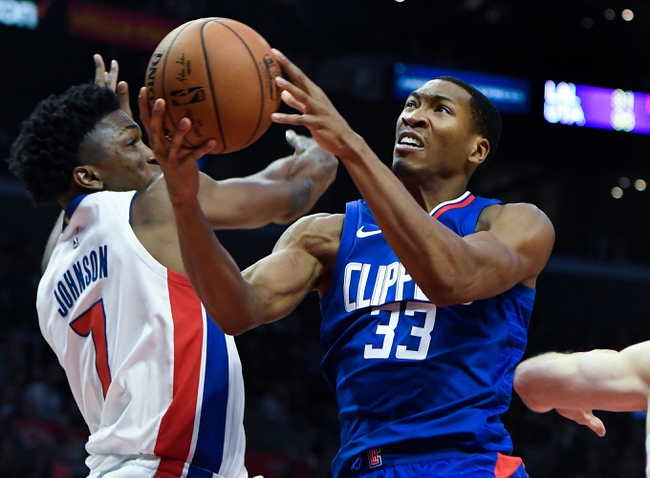 The Los Angeles Clippers and the Detroit Pistons do battle at Little Caesars Arena on Friday night.

The Los Angeles Clippers have been in solid form as they’ve won four of their last five games and they will be gunning for a third straight victory after sneaking past the Mavericks in a 104-101 home win on Monday. Danilo Gallinari led the team with 28 points on nine of 13 shooting, Tobias Harris added 19 points while Lou Williams chipped in with 15 points and eight assists off the bench. As a team, the Clippers shot 48 percent from the field and 10 of 27 from the three-point line but they were actually trailing for most of the game until the final 5:58 where they closed the game with a decisive 17-5 run to finish on top. With the win, Los Angeles improved to 27-25 overall and 16-12 at home.

Meanwhile, the Detroit Pistons have been in great form as they’re now gunning for a sixth straight win after taking down the Nets in a 115-106 home win on Wednesday. Blake Griffin had another solid outing for his new team, leading the way with 25 points and seven assists, Stanley Johnson added 19 points on nine of 15 shooting while Andre Drummond finished with a double-double of 17 points with 27 rebounds. As a team, the Pistons shot 48 percent from the field and nine of 24 from the three-point line as they outlasted the pesky Nets who drained a total of 17 three-pointers to keep the game competitive throughout. With the win, Detroit improved to 27-26 overall and 18-10 at home where they have won five straight.

Head to head, the over is 4-0 in the last four meetings in Detroit and the home team is 5-1-1 ATS in the last seven meetings overall.

The Clippers have been playing great basketball lately, but they were definitely a little lucky to escape with the win on Monday against the Mavericks who were ahead for most of the game. However, the Pistons have been red-hot lately and you just know Griffin will want to put up some numbers against his former team, so I’m sticking with the Pistons to earn their sixth straight win in this one.