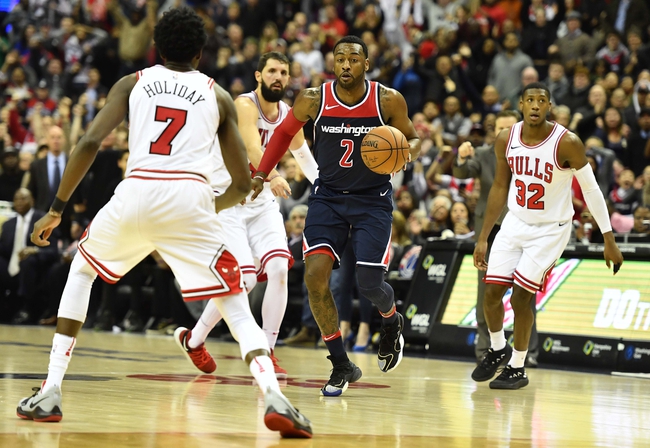 The Washington Wizards and Chicago Bulls meet Saturday in NBA action at the United Center.

The Washington Wizards seem to be playing better and more consistent basketball without John Wall, and they're shooting a healthy 48.6 percent from the field in their last five games. The Chicago Bulls entered Friday night being outscored by over 10 points in their last five games and are coming off an emotional game against the Minnesota Timberwolves that came down to the last shot. It could be tough to rebound from that contest on such a short notice. I'll back the Washington Wizards in this role.