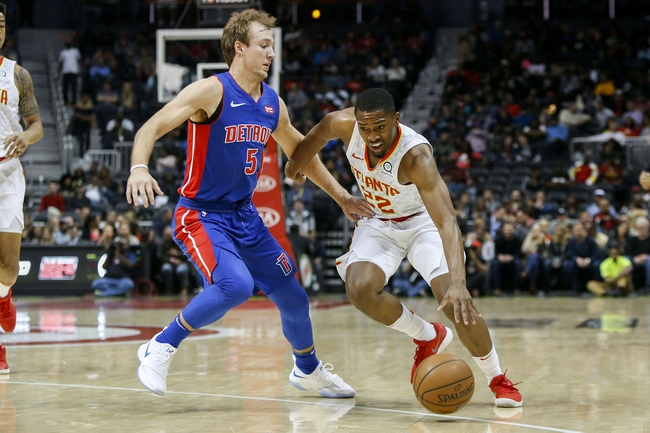 The Detroit Pistons and the Atlanta Hawks duke it out at the Philips Arena on Sunday afternoon.

The Detroit Pistons were looking great when they reeled off five straight wins but they will be looking to bounce back after falling to the Clippers by 108-95 on Friday. Blake Griffin led the team with 19 points, eight rebounds and six assists, Reggie Bullock added 19 points on seven of 11 shooting while Andre Drummond finished with a double-double of 12 points with 17 rebounds. As a team, the Pistons shot 41 percent from the field and 10 of 31 from the three-point line as they led the Clippers for most of the game until the fourth quarter where they outscored by 31-15. With the loss, Detroit falls to 27-27 overall and 18-11 at home where they had won five straight before Friday’s loss.

Meanwhile, the Atlanta Hawks have lost seven of their past 10 games and they will be hoping to avoid a third straight defeat after getting blown out by the Cavaliers in a 123-107 home loss on Friday. Dennis Schroder led the team with 25 points on 10 of 18 shooting, Taurean Prince added 15 points but shot just five of 16 while Kent Bazemore chipped in with 13 points. As a team, the Hawks shot 43 percent from the field and 16 of 44 from the three-point line but that just wasn’t enough to keep up with LeBron James who led the shorthanded Cavaliers with a triple-double of 22 points, 12 rebounds and 19 assists. With the loss, Atlanta dropped to 17-39 overall and 12-17 at home where they have lost four of their last six.

The Pistons were on an absolute tear prior to their loss to the Clippers on Friday while the Hawks continue to struggle no matter who they play against. These two teams have already met twice this season with the Pistons winning on both occasions and given the form of the Pistons, I can’t really see anything but another win for the Pistons over the struggling Hawks.