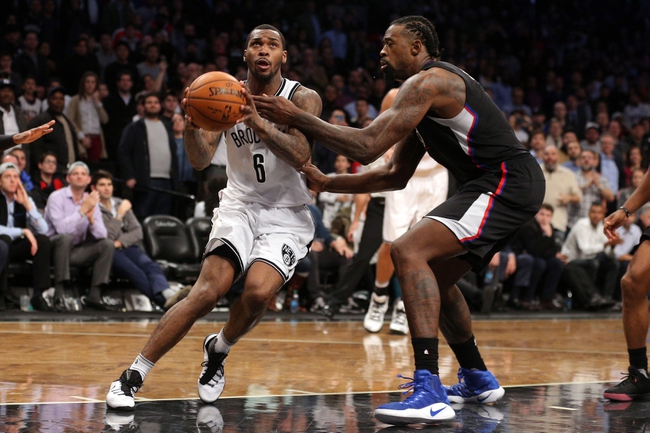 The Los Angeles Clippers and the Brooklyn Nets duke it out at the Barclays Center on Monday night.

The Los Angeles Clippers have been in great form as they’ve won five of their last seven games but they will be aiming to bounce back after having their three-game win streak snapped by the 76ers in a 112-98 road loss on Saturday. Lou Williams led the team with 23 points and six assists off the bench, Danilo Gallinari added 22 points on seven of 15 shooting, Tobias Harris scored 17 points while DeAndre Jordan chipped in with 10 points and 21 rebounds. As a team, the Clippers shot 43 percent from the field and eight of 32 from the three-point line but they were playing on zero days’ rest and it showed in the first half where they were outscored by 69-55. With the loss, Los Angeles fell to 28-26 overall and 12-14 on the road where they had won three straight before their loss on Saturday.

Meanwhile, the Brooklyn Nets have been in a major slump lately as they’ve lost nine of their last 10 games and they will be hoping to snap a five-game skid after falling to the Pelicans by 138-128 in overtime on Saturday. Spencer Dinwiddie steered the offense with 24 points and 10 assists but shot just five of 22 from the field, Allen Crabbe led the scoring with 28 points while D’Angelo Russell chipped in with 21 points and five assists off the bench. As a team, the Nets shot 37 percent from the field and 21 of 59 from the three-point line as they rallied back from a 28-point third quarter deficit only to allow 22 points in the overtime period. With the loss, Brooklyn dropped to 19-38 overall and 11-19 at home.

The Clippers have been in great form and have also covered in 11 of their last 15 road games. The Nets haven't been able to buy a win lately but they did show plenty of fight despite going down in overtime to the Pelicans on Saturday. You would expect the Clippers to have owned this matchup but looking at the betting trends, they've covered in just one of their last 17 games in Brooklyn which is pretty astounding. I know the betting trends are pretty one-sided in favor of the Nets, but I'm sticking with the new-look Clippers to stay hot with a win and cover here.