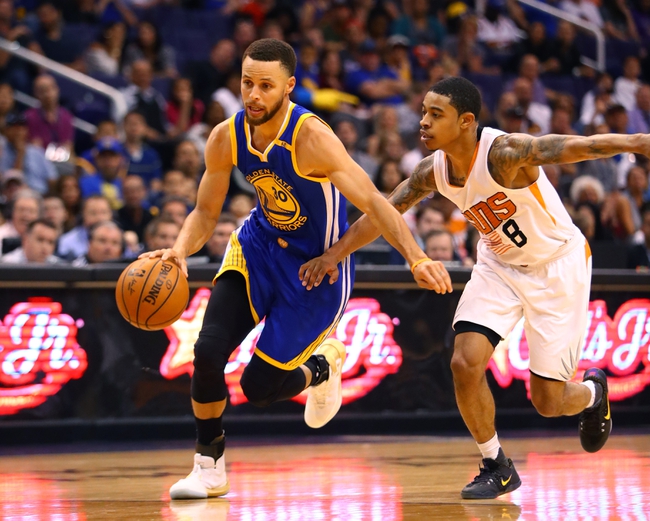 The Phoenix Suns pay a visit to the Oracle Arena to take on the Golden State Warriors on Monday night.

The Phoenix Suns have been struggling mightily as they’ve won just one of their last 11 games and they will be hoping to put a halt to an ugly five-game skid after falling to the Nuggets in a 123-113 home loss on Saturday. TJ Warren led the team with 31 points on 13 of 17 shooting, Dragan Bender added 23 points with four assists on nine of 15 shooting, Josh Jackson scored 20 points with five assists while Elfrid Payton chipped in with 19 points and nine assists for his new franchise. As a team, the Suns shot 54 percent from the field and seven of 19 from the three-point line but they just couldn’t hang with the Nuggets who used a 36-15 run to pull away in the fourth quarter. With the loss, Phoenix fell to 18-39 overall and 9-21 at home.

Meanwhile, the Golden State Warriors have been in solid form as they’ve won nine of their last 13 games and they will be gunning for a third straight win after blowing out the Spurs in a 122-105 home win on Saturday. Klay Thompson drained five treys to lead the team with 25 points on 10 of 14 shooting, Draymond Green added 17 points with eight rebounds and 11 assists while Stephen Curry chipped in with 17 points and eight assists. As a team, the Warriors shot a healthy 56 percent from the field and 12 of 27 from the three-point line as they recovered from yet another start, but this time it didn’t cost them as they dominated the second and third quarters by a combined 64-38 to make it look easy in the end. With the win, Golden State improved to 43-13 overall and 21-7 at home.

The Suns haven't been able to buy a win lately as they've lost 10 of their last 11 games while the Warriors will be aiming for a third straight win after making light work of the Spurs on Saturday. These two teams have yet to meet this season, but given the ways these guys have been playing, I'm not surprised to see the bookies giving the new-look Suns this many points. This is a game I'd rather stay away from, but if I had to choose, I'd rather go with the Warriors to get the win and cover even with Green listed as doubtful with a sprained finger.