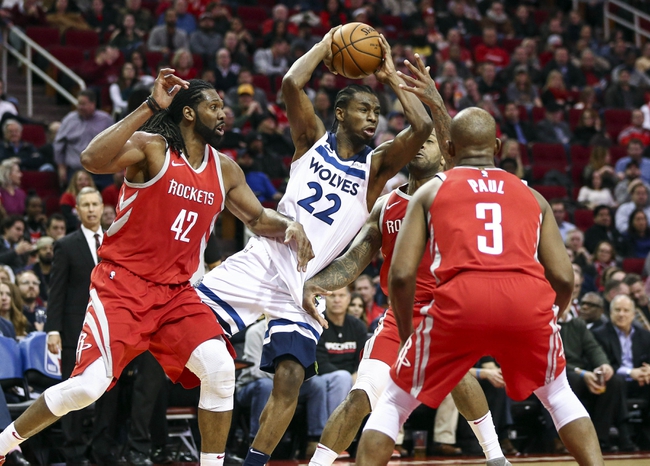 The Houston Rockets and Minnesota Timberwolves meet Tuesday in NBA action at the Target Center.

The Minnesota Timberwolves play their best ball at home by far and haven't lost a home game in nearly two months. The problem is the Timberwolves continue to trade baskets far too often, and the lack of defense isn't going to fly against an offensive powerhouse in the Houston Rockets. The Rockets have scored no less than 116 points in the last three meetings against the Timberwolves, and they've won nine of the last 10 meetings overall. The Rockets are an offense that isn't slowing down any time soon, shooting 49.5 percent from the field and 39.3 percent from deep in their last five games. I'll gladly lay the bucket with the better, more consistent team.