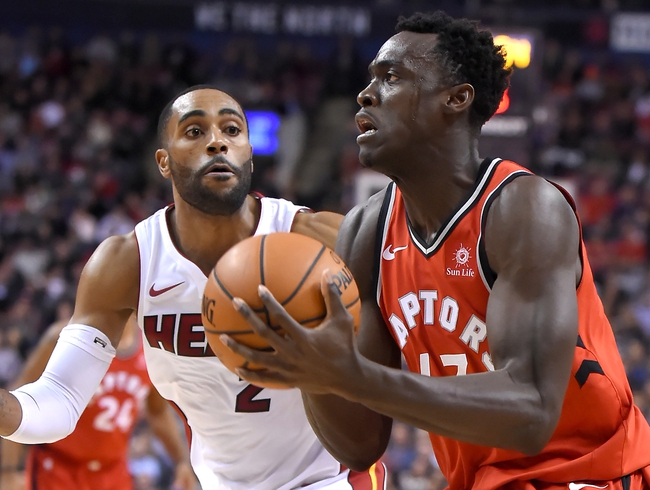 The Miami Heat and the Toronto Raptors duke it out at the Air Canada Center on Tuesday night.

The Miami Heat have lost seven of their last 10 games but they will be feeling much better after snapping a five-game skid with a 91-85 home win over the Bucks on Friday. Tyler Johnson led the team in scoring with 19 points on seven of 16 shooting, Josh Richardson added 16 points while Hassan Whiteside chipped in with a double-double of 12 points with 16 rebounds. As a team, the Heat shot just 36 percent from the field and 10 of 26 from the three-point line but they made up for their poor shooting with great defense, especially in the third quarter where they held the Bucks to just eight points to lead by 18 points going into the fourth quarter. With the win, Miami improved to 30-26 overall and 14-12 at home.

Meanwhile, the Toronto Raptors have been in great form as they’ve won 10 of their last 13 games and they will be gunning for a sixth straight win after blowing past the Hornets in a 123-103 road win on Sunday. DeMar DeRozan led the team in scoring with 25 points, Jonas Valanciunas added 21 points while Kyle Lowry chipped in with 12 points and seven assists. As a team, the Raptors shot a sizzling 56 percent from the field and 18 of 37 from the three-point line but credit this win to the play of the Raptors’ bench who really took over the game behind 24 points from CJ Miles who drained six treys in just 18 minutes of action. With the easy win, Toronto improved to 39-16 overall and 16-12 on the road.

The Heat have been struggling a bit lately but they looked great in their win over the Bucks and they will be well-rested coming into this game. Meanwhile, the Raptors have been on a tear lately and it has actually been the play of their bench which has really put them on another level over their past 10 games or so. These two squads met back on Jan 9 and it was the Heat who won by 90-89 but I have to give the edge to the Raptors to avenge that loss with a big win as they’ve been on fire lately.