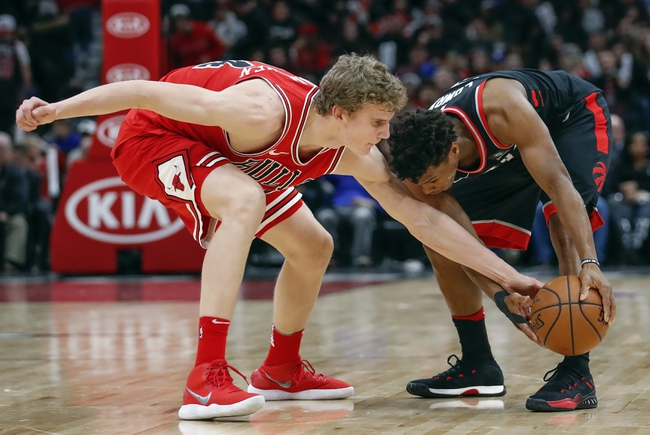 The Toronto Raptors and Chicago Bulls meet Wednesday in NBA action at the United Center.

The Toronto Raptors are on the end of a back to back and getting out of Canada can be a pain on a quick turnaround. However, the Raptors are playing too well to bet against right now, and they came into Tuesday's game outscoring clubs by 21 points in their last five contests. The Bulls have cooled off both SU and ATS recently, and they're still allowing 47.5 percent shooting from the field at home this season. The Raptors are eager to prove they're a threat in the East this season, and they know to do that, they have to win games they should win and head into the break with no bad losses. I'll eat the chalk here.