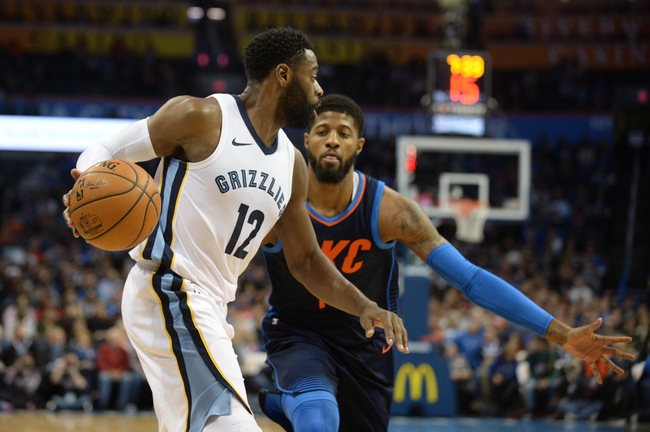 The Oklahoma City Thunder and Memphis Grizzlies meet Wednesday in NBA action at the FedExForum.