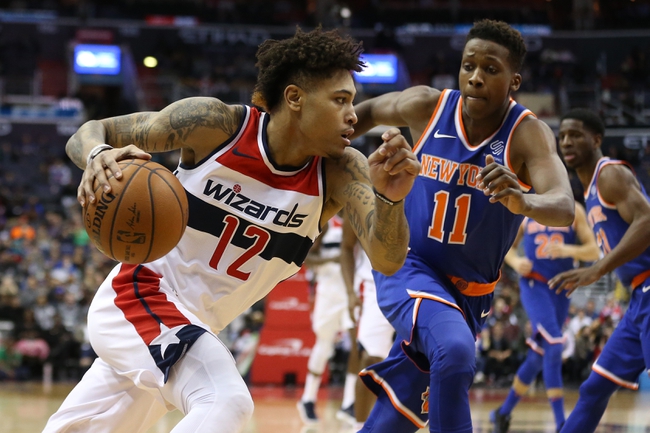 The Washington Wizards and the New York Knicks duke it out at Madison Square Garden on Wednesday night.

The Washington Wizards have won six of their last eight games and they will be able to snap a two-game skid after blowing past the Bulls in a 101-90 road win on Saturday. Tomas Satoransky led the team with a career-high 25 points with six assists on 10 of 12 shooting, Otto Porter Jr and Mike Scott each scored 14 points while Bradley Beal scored just seven points on three of 13 shooting. As a team, the Wizards shot 46 percent from the field and 13 of 38 from the three-point line as they made light work of the Bulls despite Beal shooting zero of seven from the three-point line. Tim Frazier suffered a nasal fracture in the first half and did not return while Markieff Morris sat out with flu-like symptoms. With the win, Washington improved to 32-24 overall and 15-14 on the road.

Meanwhile, the New York Knicks have been in a major slump as they’ve lost 10 of their last 12 games and they will be hoping to put an end to an ugly seven-game skid after getting blown out by the 76ers in a 108-92 road loss on Monday. Michael Beasley led the team with 22 points on nine of 17 shooting, Courtney Lee added 18 points while Enes Kanter chipped in with 17 points, 13 rebounds and three assists. As a team, the Knicks shot 39 percent from the field and six of 24 from the three-point line as they did well stick with the 76ers in the first half, but the second half was a different story as they were outscored by 51-37. With the loss, New York dropped to 23-35 overall and 7-24 on the road where they have lost five straight and eight of their last nine.

The Wizards have been playing well as a team despite missing their leader in John Wall and they made it look easy against the Bulls with Satoransky pouring in a career-high 25 points. Meanwhile, the Knicks have really struggled since Kristaps Porzingis went down as three of their last four losses have come by double-digits. The Wizards have covered in six of the last seven meetings against the Bulls and I think that trend continues in this one as the Wizards should be too good lately.